Thank you to all those who support us. It means a lot to us. 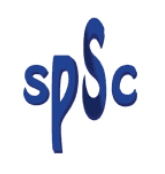 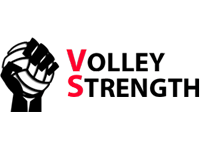 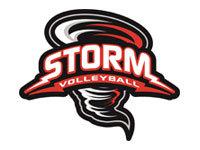 Without the help of our dedicated supporters, Pakmen wouldn’t be the nationally acclaimed youth volleyball club it is today.

Ravi Sodhi is a businessman who understands the value our club brings to youth and the community at large. He has provided exceptional support to various teams, coaches and the club in general with his time, advice and financial resources. Ravi is a big thinker who makes positive things happen for youth. With his generosity, he has made a huge impact on our youth, now and for years to come.

David Zanchetta is a Civil Engineer and a recent MacMaster graduate. He has been the summer programs coodinator and head coach of the extremely popular Volleyball Camp for the past eight years. David has built up the curriculum and traditions of an entire summer camp that now boasts over 500 players and two locations. Pakmen certainly wouldn’t be anywhere near where it is today without David.

Kelly Smith is a middle school teacher. He founded Pakmen Volleyball in 2002. A few of his middle school students were interested in playing outside of school and he presented them with an opportunity. Starting off the club as one of his projects, Pakmen has grown to where it is today due to his hard work. Kelly has volunteered over 30 000 hours, just for the simple satisfaction of providing youth with the opportunity to be involved. His efforts have not only produced Canada’s largest, only diverse volleyball club, but has created employment opportunties for local high school and post-secondary students.

Estelle weiler is an accountant. She appreciates the work we do for youth and has acted as our financial consultant for several years by donating hundreds of hours of her time and expertise. She helped write successful grant applications and has provided invaluable strategic advice. Estelle is generous, brilliant and definitely the ‘behind the scenes’ star of Pakmen.

George Shermer, one of the owners of Beach Blast and one of the most influential people in Ontario volleyball, was a key person during the inception of our club. He provided invaluable advice which we used to created our short and long term goals. He also worked closely with us over several years to ensure our club got off on the right track.

Paul Reader coached one of the most successful sport programs in OCAA history. Under his guidance, the Sheridan Bruins men’s volleyball team won seven OCAA championships and four national medals in twelve years, including a gold medal at the CCAA Championships in 1983. Reader acted as the first Master Coach for Pakmen and taught our founder, Kelly Smith, pretty much everything he knows about volleyball. Smith went on to train our coaching staff the same techniques and systems Reader taught him. Our club is very fortunate to have learned the game from one of the most respected volleyball coaches ever.