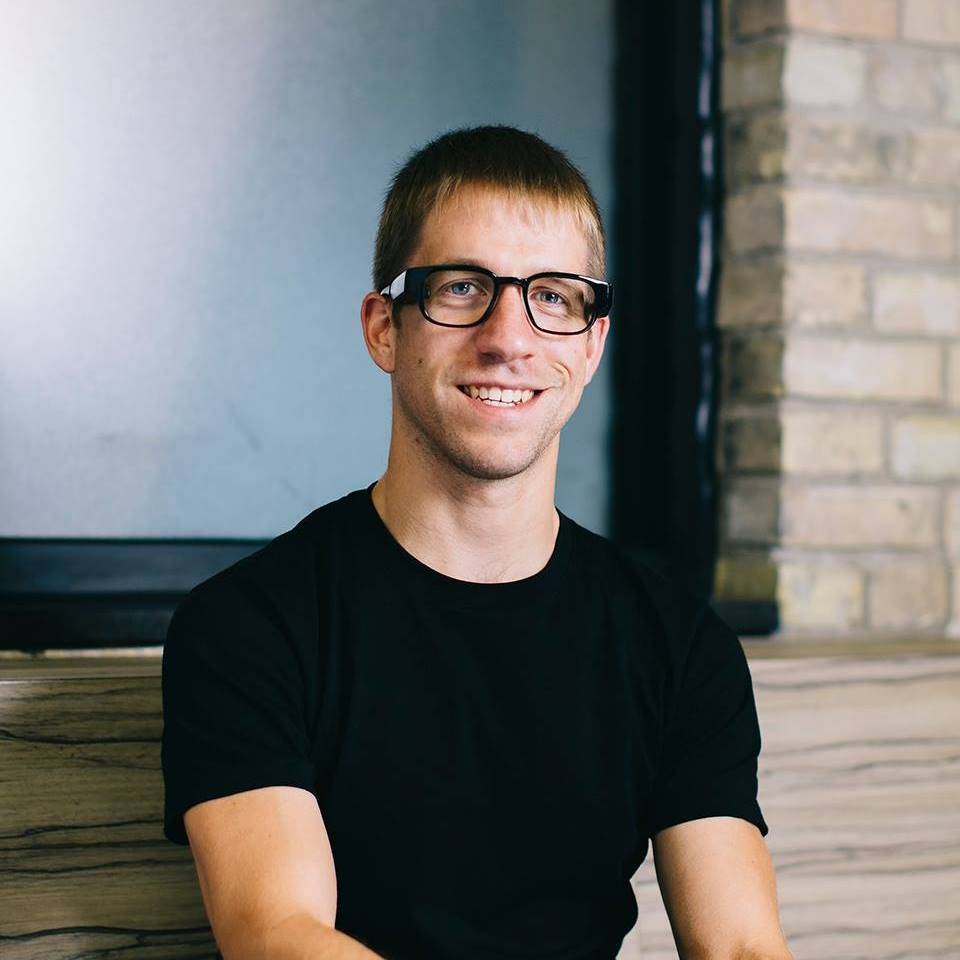 By Kaushik Chatterjee,
Researcher at Pakmen

Aaron Grant was Pakmen’s first webmaster. He was still in high school when he built our first website and was an integral part of Pakmen’s growth in the early years. Currently, Aaron Grant is at the forefront of a technological revolution. Grant, who earned a degree in Mechatronics from the University of Waterloo, was on Maclean’s Canada’s Future Leaders Under 25 list. His innovation was the Myo© armband (a Y-Combinator backed product): a device which uses electromyography sensors, which measure electrical impulses in muscles, to control devices like drones, computers, and other electronics. It was a revolutionary concept: simply think of an action to perform it. It was incredibly popular, their launch video getting over 5.5 million views and receiving over 10,000 orders in the first few hours. It had so many practical applications, most notably in assisting an amputee to control a prosthetic limb at John Hopkins University Applied Physics Laboratory. On October 12, 2018, Thalmic Labs (the parent company founded by Aaron Grant, Matthew Bailey and Stephen Lake) announced via a Medium© post that they will be moving on from Myo© onto a ‘new product, entirely different from Myo, that requires our full attention and focus’ (you can read the full announcement here).

Recently, they have unveiled their new company: North©. North© produces smart glasses, called Focals, but unlike any you have ever seen. Focals are designed to be fashionable, allowing users to experience the future of augmented reality while maintaining the comfort – and normality – of regular glasses. Every pair of glasses are tailored for the desired user. As Lake says, “We designed Focals to be glasses first and invented new technology that we could conceal inside.” The glasses look normal, in contrast to earlier attempts at smart glasses such as the Google Glass or Snapchat Spectacles. Focals are custom built glasses (which are available in prescriptions ranging from -4.00 to +2.00 SPH and 0 to -2.00 CYL) with a transparent, holographic image only the wearer can see. This holographic display displays information such as the weather, texts, and even directions, all in a colourful, materialistic UI (providing a synthwave aesthetic). Focals are linked to Amazon Alexa, so you can ask questions and receive answers through a small microphone and speaker within the frame of the glasses.‘Focals give you instant access to the information you need so you can have peace of mind, wherever you go’. They’re designed to be as unobtrusive as can be, ensuring you can go about your day without notifications constantly popping up. Focals are the first smart glasses designed as glasses. They allow you to experience the wonder and convenience of smart glasses while also looking smart.

North has received praise from Highsnobiety, WIRED, and CNBC, all complimenting the sleek, subtle look and the clever implementation of the holographic screen. The aim was to make glasses which people could feel comfortable wearing. Focals succeeded where others failed by ‘making smart glasses with the wearer, not the technology, as its biggest priority’ (The Globe and Mail). The customization options of the glasses is another huge pro. Focals currently has 2 different styles of glasses (classic and round) available in 3 different colours (tortoise-shell, grey, and black) (along with a pair of clip-on sunglasses). Focals are the glasses you want. You can purchase the glasses for $599 USD, with the option for Rx and additional upgrades, exclusively at their showrooms in Brooklyn and Toronto. They tailor the glasses to your sizing and prescription, and ensure that the glasses are yours (they actually scan your face in the showrooms to ensure the glasses are a perfect fit). Along with the glasses, you get the ‘Loop’, which is a 5-directional joystick you wear on your finger to maneuver through the data displayed, and a charging case (the glasses boast an impressive 18-hour charge).

The aim of North’s Focals is to not be a pair of smart glasses, but rather to be a pair of glasses which can do incredibly smart things. You can feel comfortable wearing Focals in public, which is the most important feature of any wearable tech. The main purpose of North is to allow us to stay connected, whilst still remaining in the present. As Lake says in an interview with Digital Trends, “The alternative we saw … is how do we give you those amazing benefits of technology … the things that are so great about it — staying connected to the people you care about, staying on top of what’s important — but do it in a way that lets you stay heads-up and present in the real world.” Focals have been a big hit, receiving an average rating of 4.7/5 (from 38 reviews) on Producthunt, and Justin Trudeau acknowledging the great product, tweeting “KW is a hub for innovators & tech companies – and @focalsbynorth is a prime example. Congratulations to the entire team on your launch.” You can purchase Focals from North’s official website, https://www.bynorth.com/.

Focals are widely cited to be the first smart glasses that people want, and they’ve achieved this by putting the consumer first. From the very beginnings of Thalmic Labs and the Myo© armband, Grant and his team have strived to make innovative, futuristic products for the consumer in mind. Aaron Grant is an avant-garde of technological marvels, producing arguably Canada’s most innovative products in years. It is incredibly exciting to see what the team at North is cooking up, and what their next big thing will be. Focals allow us to remain connected, while allowing us to experience life. They’ve strived to find a product which is tailored for the consumer, and found the fine balance between creativity and practicality. North isn’t a company; it’s an innovation lab,where ideas become reality, and science-fiction is brought to life.

27 Ways to be an Awesome Youth Sports Parent

Worst Breakfast Foods to Start Your Day With