Coaches like Yadav are the lifeblood of the Mississauga Pakmen 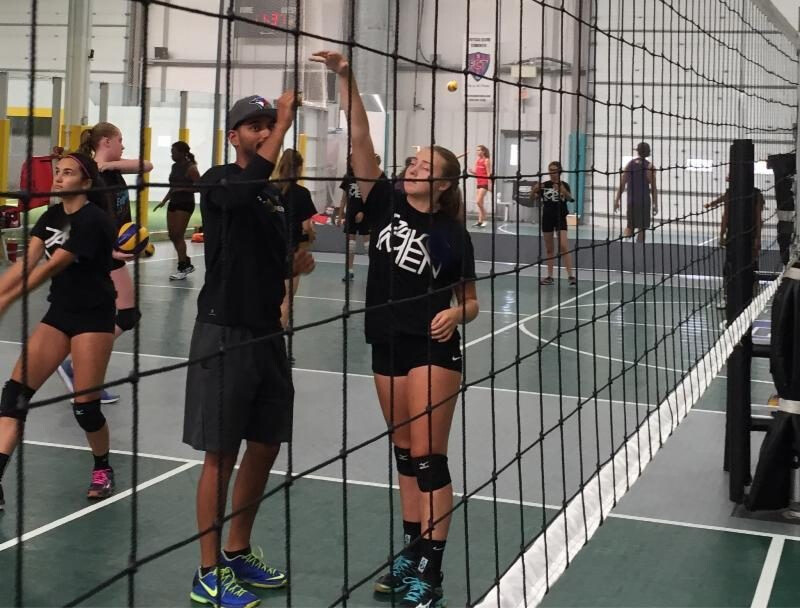 There appears to be no job too big, or too small for long-time Mississauga Pakmen coach Prateek Yadav.

One could argue the Mississauga native is the ultimate chief cook and bottle washer for the Ontario Volleyball Association club helping out any way he can.

Among the first youngsters to christen the Pakmen club when it first opened in 2002, Yadav proved his worth from the get-go taking on various duties and responsibilities as well as being a player.

“I started playing in the summer of my Grade 6 year when (club founder and President) Kelly Smith was my coach at David Leeder Middle School,” recalled Yadav. “I played for Pakmen from 14U to 18U, and we were very successful. We only won one provincial championship, but we also won a bunch of silvers and bronze at both Nationals and Provincials.”

His on-court presence was only the tip of the iceberg for the Pakmen lifer, who is now a successful coach for three of the club’s teams. 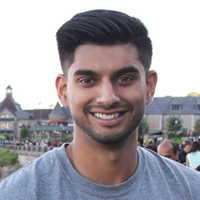 “I started coaching Pakmen house league programs in Grade 9 and have been coaching ever since. And, I’ve worked for Pakmen since I was in Grade 7 (doing everything) from delivering flyers to administrative work, and from coaching to running clinics in schools. Pretty much anything the club needed. And, I happened (to learn I was) pretty good at it, since I am eager to learn.”

His foray into coaching was so successful, the 24-year-old Orangeville resident jumped into the coaching pool full time after graduating from St. Marcellinus Secondary, where he was the MVP for four years, and attending Sheridan College.

And as if coaching for Pakmen wasn’t enough, Yadav has also helped out at St. Marcellinus and at neighboring Mississauga Secondary.

That bronze medal showing was with last year’s 17U girls who followed up a fifth-place finish at Provincials with bronze at Nationals. Combine that finish with co-coaching the 14U girls to Provincial bronze, and it was a successful year for Yadav.

“Prateek’s team overachieved in his first season,” said Smith. “He inherited a team that was ranked no better than 10th in Canada and he won a bronze at Nationals with them. This year he’s going to prove last year was no fluke!”

Indeed Yadav hopes to turn the experience of teaching players from the impressionable age of 7, all the way up, to more medals this indoor season while heading up the club’s 15U and 18U girls’ teams and assisting the 14U girls.

But, it’s getting back to coaching the rep girls that Yadav is most excited about.

“Last year’s 17U girls’ team was successful due to the atmosphere created at practices, which promoted the Pakmen culture of working hard to develop, as well as having goals to play high level volleyball in the present and at the post secondary level,” explained Yadav. “The athletes went through a great training program, which included technical practices, strength training and valuable coaching from the likes of assistants Meg Rector and Derek Quinn, as well as guest coaches like Dustin Reid and Tyler Robinson. The staff worked hard to prepare the athletes for competition.

“We had great, hard working athletes because of the environment and tone set at practice. So I don’t want to single a few out as there are a lot of them returning for another great season bidding to go for the 18U Provincial and National championships.”

To reach that end, Yadav plans to, “incorporate a lot more strategy and game planning while still focusing on athlete development, and continuing the Pakmen culture will be key to our team chemistry and success.” 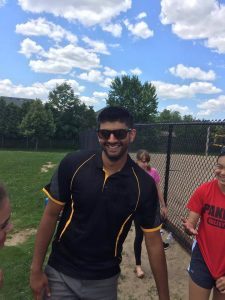 As for the 15U team, Yadav plans a slightly different tact.

“With a lot of new faces on the team this year, the team will be going through vigorous technical training,” said Yadav. “It’s a big year of development for these young athletes and they will be introduced to the Pakmen culture of working hard to develop and to compete at the highest level.”

Yadav’s success is not the least bit surprising to fellow coach Jessy Satti.

“I first met Prateek when I coached him in beach. At the time it was my first year being the head beach coach for Pakmen and Prateek was one of my first batch of athletes. He was 17U at the time and I had just finished my first year at York University. Shortly after, he started coaching with Pakmen and we’ve been coaching house leagues together ever since. This year we’ll be working together coaching the U15 girls team.”

“Prateek brings a lot of energy and charisma and he’s been really successful using that energy to bring good athletes to the club and develop their skills,” continued Satti. “We always get positive reviews from our camps where he has taken charge. He creates a really positive environment, but (also) pushes athletes to work hard. His players have always appreciated the type of environment he creates.”

Satti stresses that it’s the likes of coaches Yadav and Kadeem Clarke who will guarantee the arrow will continue to point straight up for Pakmen teams in the future.

“Kadeem (Clarke) and Prateek are integral to our club’s success,” said Satti. “They are the backbone of the club, since they coach the bulk of our competitive teams and run our house league programs on weekends. If you ever participate in a Pakmen program, it’s unlikely you don’t know who they are.”

“Both Kadeem and Prateek do a great job building a strong team dynamic. Their athletes love playing for them and they are very transparent and honest with them. Both of them are integral to the future of Pakmen.”