As it has already been said, each player in indoor volleyball has his/her own roles including attacking, digging and setting. Depending on the roles there are attackers, blockers, diggers, defensive players, passers and setters. Attackers and blockers usually play in the front row during the game. Diggers, passers and players they typically play in back row. Today, we are going to talk about different positions and roles of players in the sport of indoor volleyball. 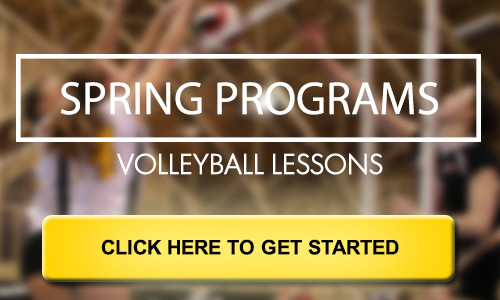 Setters perform very important job during the game. Their responsibility includes helping hitters prepare for completing attack hits. A setter’s main job is to take pass from another player and set it to the attacking player. A setter has to push the ball softly in the air. So, it has to be easy for a hitter to complete an attack hit and land the ball on the opposing team’s part of the court.

If we try to compare volleyball and basketball we will see that setter’s role in indoor volleyball is very similar to the point guard’s role in basketball. Obviously, it is very important for setters to move fast. Moreover, setters must be able to make decisions quickly. Setters have to be provided with the proper training in order to cope with their responsibilities successfully.

In fact, there are three hitters in the sport of volleyball. They are known as outside hitter, middle hitter and right-side hitter. Each of hitters occupies different positions on the court and has his/her own responsibilities. Now, it is time to discuss each hitter in detail.

The outside hitter usually plays in the left side of the court and occupies the main attacking position. The outside hitter is also known as a volleyball player who completes most of the attack hits during the game.

The middle hitter is also known as the middle blocker. The point is that the middle player is responsible for completing attack hits as well as blocking attacks of the opposing teams. The middle hitter occupies the central part of the playing court. That is why very often this player pairs up with the outside hitter and right-side hitter. As a rule, very tall volleyball players are selected for the position of the middle hitter.

It is necessary to point out that liberos play only in the back-row of the court. In fact, you can easily distinguish liberos from other players in a volleyball team. The point is that liberos are players who wear jersey of different colors. A team can have only one libero.

Keep in mind that liberos may be not allowed in some recreational/intramural leagues. Therefore, it is very important to get familiar with the rules of a league prior to including a libero into a team. When a libero is substituted with another player this substitution is not added to the total number of team’s substitutions.

There is no doubt that front-row volleyball players (such as attackers, hitters as well as blockers) have to be very tall. Moreover, these players have to be able to jump high. During the game front-row volleyball players often have to jump high in order to block the attacks of the opposing team and complete an attack hit. That means that special exercises intended for improving jumping skills must be included in the training program of these players.

It goes without saying that such volleyball players as liberos, defensive specialists and setters have to move quickly on the court. It is also very important for them to have strong passing skills and be able to set the ball. So, they have to focus on improving their passing and setting skills.