Different Types of Sets in Volleyball 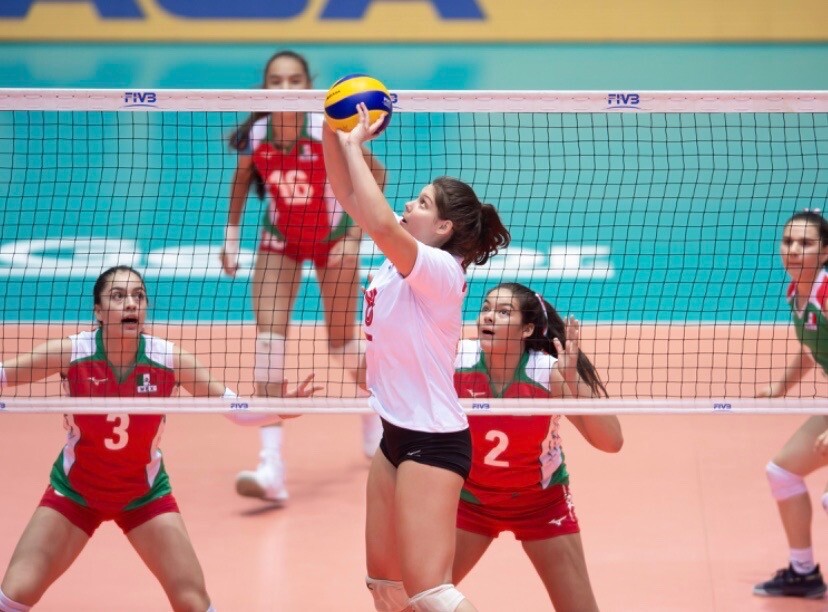 First and foremost, beginners have to master the basics of volleyball sport. Setting is one of the basic skills that volleyball players have to develop.

Setting means the beginning of an attack in volleyball. Initially, a setter sets the ball. After that, a hitter carries out an attack hit.

Clearly, a setter works closely with a hitter on the court during the game. A volleyball setter should know hitter’s preferences very well and aim to set the ball in the way that makes it easy for his/her teammate to carry out an attack hit.

You need to know that there are different types of sets in volleyball. Volleyball sets fall into three different categories. These include:

If you are going to play on the setter’s position, then it would be better for you to master different types of sets. Now, we’ll take a closer look at each type of setting. 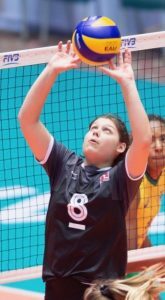 This type of sets is incredibly popular among volleyball beginners. Actually, the set can be done by volleyball players of all skill levels.

When the ball is set this way, a hitter should aim to carry out an attack hit when the ball is at high point. From this position, hitters usually find it easy to send the ball down forcefully and land it on the opposite side of the court.

A volleyball hitter has to start getting ready for an attack hit in advance. A hitter should approach to the hitting place before a setter makes the contact with a ball.

It’s worth noting that the opposing team’s blockers usually find it easy to resist attacks after slow sets.

The four set is known for being a high set. The ball goes high in the air. When the ball is set, the ball has a trajectory of about 3 meters.

It’s a good idea to take advantage of the Four set when it’s necessary to set the ball to the left front hitter.

Another important thing that you need to be aware of is that the distance between a ball and the net has to be 1 meter. In this case, an attacker will have enough place to hit the ball with power.

When the ball is set this way, it goes about 3 meters high.

Actually, the height of set can be reduced if a setter and hitter understand each other well and cooperate with each other on the court successfully.

It makes a lot of sense to take advantage of the Five set when it’s necessary to set the ball to the right front hitter.

The Two slow set is not a high set. The height of set is 1 meter only. So, a hitter should be able to approach to the ball very quickly.

It’s a good idea to take advantage of the Two slow set when it’s necessary to set the ball to the middle hitter. The Two set works well when the attack hit is carried out in the middle part of the net.

Second tempo sets are faster comparing to the slow tempo setting. That’s the reason why the set of this type is recommended to experienced volleyball setters.

The ball is set when the attack is planned near the net. It’s crucial for a hitter to be able to approach to the attack place quickly because it doesn’t take a ball too much time to land on the court.

What is great about second tempo sets is that blockers find it difficult to prepare for attack hits and that’s why resisting attacks can be hard.

Second tempo sets are recommended when the ball need to be set to the middle hitters and the outside hitters.

The height of set is 1 meter only. The ball is set within 1 meter. The Hut is the type of set that’s recommended when the need to set the ball to the left front hitter arises. 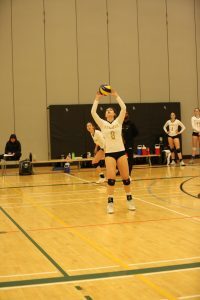 The 32 set is used to make it difficult for the opposing team’s blockers to resist an attack hit.

It’s fair to say that this type of set is confusing for volleyball blockers.

The height of set is less than 1 meter. The ball needs to be set to either the middle hitter or to the outside hitter.

The ball is set to the opposite hitter. A hitter carries out an attack hit in the right front part of the court.

The set height is less than 1 meter. It’s crucial for an attacker to be able to react to the Red set quickly.

It’s worth noting that this type of set is very similar to the Two slow set. The only difference is that the ball is set closer to the hitter.

It’s also important to note that the Two Second Tempo set is much lower comparing to the Two Slow set.

Two Second Tempo set works very well when it’s necessary to set the ball to the middle hitter. The job of a middle hitter is to react to set and carry out an attack hit very quickly.

There are also the situations when the ball is set to an outside hitter. This happens after the rotation when the middle hitter is replaced with an outside volleyball hitter during the game.

Fast tempo sets are recommended to experienced setters as well as hitters. Both hitters and attackers have to act very quickly and professionally.

The Shoot is the right type of set when it’s necessary to send the ball to the left front hitter. When the ball is set this way, the ball goes parallel to the top of the net.

A setter should know hitter’s preferences very well. So, setter’s job is to set the ball to the right place and make it easy for a hitter to carry out an attack hit successfully.

The Half Shoot Set

The Half Shoot (also known as tree) is done when it’s necessary to set the ball to either the middle hitter or to the outside hitter.

It’s worth noting that this type of set requires timing. It’s crucial for a setter to know where an attacker prefers to carry an attack hit.

The 31 set is done when it’s necessary to attack the ball in the middle of the court. So, the ball is set to the middle hitter.

The 31 set is not easy to do. The set requires certain experience.

So, this type of set has to be mastered only by skilled hitters and setters. The job of a hitter is to hit the ball immediately after setting.

The One is a very fast set. The One set is also known as “quick set”. It’s often done by professional volleyball players during important matches.

The ball is set above the net. The ball goes high in the air after setting. So, a middle hitter finds it easy to carry out an attack hit.

The Back One Set

The Back One set is very similar to the One set. The ball goes low and very quickly after setting. As a result, the ball goes behind the setter. The ball is set to the middle hitter.

The ball usually has the reverse trajectory after the set. In order to carry out an attack hit, a hitter has to jump off the left foot and slide towards the right foot. When hitting, a player makes a sharp swing. As a result, the ball goes quickly after hitting.

This type of set requires the certain type of blocker’s footwork. If an attack is resisted by a middle blocker, a player has to take a four step approach to get to the ball and resist an attack hit.

Thank you so much for reading the article. We’ve just described different types of sets in volleyball. It would be better for a setter to master all different types of sets. Sooner or later, a volleyball player will be able to develop his/her own setting technique. Finally, you’ll set the ball in the way that’s more to your hitter’s liking. Best of luck!

Pakmen looking for Coaches for our Rep teams