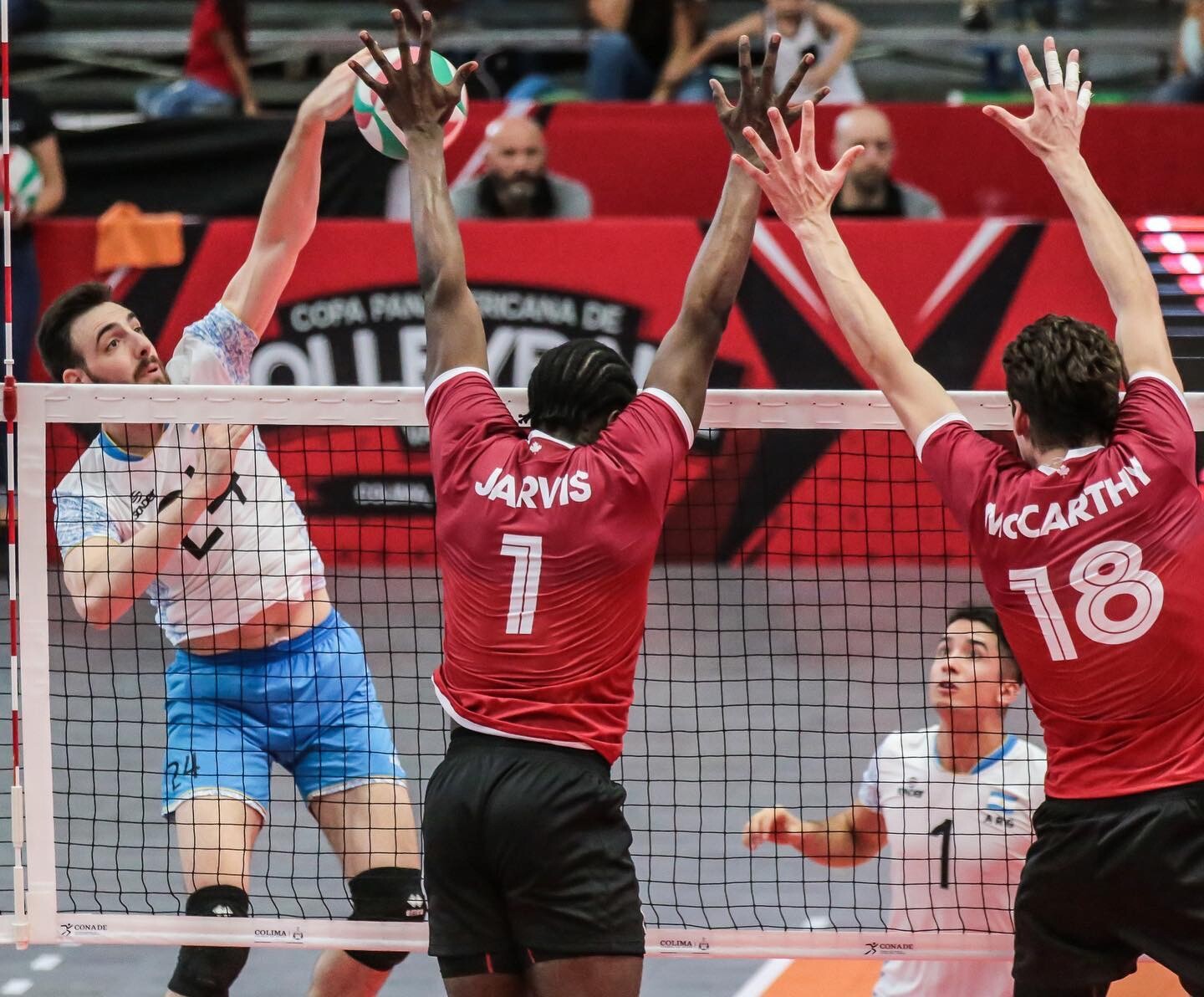 Jared Jarvis always dreamt of being a professional athlete.

He may have been dunking and three-point shooting for the win in those fantasies, but setting, or spiking for the victory certainly checks most of the boxes.

And now, the 23-year-old outside hitter from Vaughan, ON. will live out his dream in Germany’s Bundesliga with TV Rottenburg after signing a professional contract.

“I was originally torn between basketball and volleyball for the longest while,” admits the 6foot-4 Jarvis, who plied his trade with the Mississauga Pakmen for three years. “It was only two summers ago I played in one of the top men’s leagues in Toronto and almost averaged a triple double.

“However, it wasn’t until I had a talk with (former Pakmen star) Terrel Bramwell after he came back from one of his pro seasons. I was speaking to him after I had won a ONE Volleyball tournament and he said to me ‘why are you spending money playing volleyball when you’re good enough to get paid to play?’ It was at that point, I realized that if I was to put genuine time and effort into this sport, then it could take me to the places that I desired to go.

“I love the team, personal, mental and physical aspects of volleyball. It really takes a special kind of athlete to play this sport. From point to point, the utmost focus and character is demanded from each player. There is no time for breaks during a rally, when a split second can be the difference between a point and a missed point every time. After playing volleyball with players who’ve played overseas, I started to realize that this was where I wanted to be!”

Pakmen founder Kelly Smith, who was Jarvis’ coach for three years from U16 to U18, knows his former pupil made the right choice.

“He’s a super nice kid and a great athlete, but he was still heavily into basketball so was committed to two sports,” recalled Smith of Jarvis’ inner turmoil. “He has been more committed to volleyball the past couple of years and he is really making a name for himself. 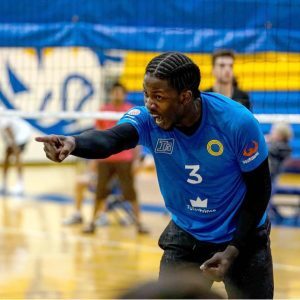 “I first met Joey when he was just turning 16,” continued Smith. “He was an incredibly gifted athlete and selfless. Sometimes basketball came first, but we were patient with him when he was away playing basketball, and, I’m glad we were. Joey worked hard and helped us win both the Provincial and National titles.”

Smith kept in touch with Jarvis after he graduated from the program as a player.

“I have been trying to recruit Joey to coach for us the past few years. He’s worked with our players on a few occasions and the kids really like him. He cares about the players and they can sense that. He was able to come over and coach full time with us, but he wanted to give his all to see if he could play pro — and I couldn’t be happier for him that it did work out.”

Jarvis is certainly fond of his Pakmen days and how they contributed to his career.

“My fondest memory of Pakmen, believe it or not, was when I won my first gold medal at a tournament,” said Jarvis. “The club I played for before Pakmen wasn’t as high level and we didn’t place higher than second. After seeing how hard work pays off in tournaments, it helped me understand more of how champions differed from people who were playing to have fun.

“I chose to go to Pakmen because they were the best club for my age group. I wanted to be challenged and worked, so that I could know what it felt like to get to the next level and become the best player I could be. When I got to Pakmen it was everything that I desired it to be. Teammates created a welcoming, but tough, environment, which helped me understand that every time I walked in the gym, it was a chance to get better, and it was my duty to do that every time or I’d be doing a disservice to the team. I also remember winning and losing to some of the players who are now my (Canadian Senior B indoor) national team teammates. All in all it was the greatest choice I’ve ever made, because the fundamentals and skills that I was taught then, helped me to get to the level I needed after I was done playing for the club.”

And the level Jarvis has arrived at is the high-end, competitive action of the German Bundesliga

“When the conversation came down to choosing a team, there were three professional teams in the mix,” explained Jarvis on his thought process. “There was a team from Germany, Finland and Sweden. However, when I spoke with my (Canadian Men’s Senior B Team) coach, Dan Lewis, he advised me that Germany would be the best place to kick-start my professional career. Their style of volleyball and level of play would be very fitting for me to develop as a new athlete to the professional world.

“The top five teams are very strong and battle it out each year to play in the champions league,” continued Jarvis. “I looked at the benefits of each team and it was quite clear that Rottenburg and the German league would be the best place to learn and grow as an athlete while making a name for myself.”

And it helps that fellow Canadian Alexander Duncan-Thibault will be welcoming the final signing of the season into the fold.

“I played against (Alexander) in club in my 17U year when he was with Aurora Storm. I also watched him play when he was in university, and played against him when we battled it out in the ONE Volleyball Premier League,” said Jarvis. “I began to ask him questions about the club, TV Rottenburg, and he instantly jumped at the chance to express how amazing his experience was there. From the fans, right down to the staff and teammates, he didn’t have a single negative word to say. His input definitely helped me feel a lot more confident in my decision to play in Germany and start my career there.”

Christophe Achten to take over from long-time Rottenburg mentor Hans Peter MüllerAngstenberger, as well as six new players, Jarvis will be on an even footing with most of his team in not knowing what to expect. 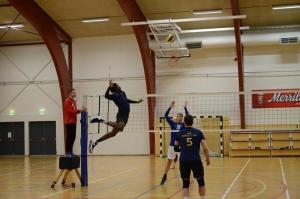 “I’ve watched a lot of video from the time I was informed about the interest (expressed) from the German league,” said Jarvis. “They are one of the stronger leagues in men’s volleyball.

“When I started watching I began to realize there were a few players who currently play for out national team that have played in Germany. This allowed me to understand that Germany is also a breeding ground for players who are looking to expand their game and move on to better things. From the video I’ve watched I can see that there are many high-quality players who are also chasing a championship, and it shows with the way they carry themselves from point to point.”

On a personal note, Jarvis has been told by Achten what is expected of him individually.

“He mentioned that they were looking for an outside hitter who could put the ball away. So they are expecting me to be able to score points as well as be a good teammate on and off the court. However, as an outside you have to be able to do everything on the court. Passing, out of system setting, blocking and defence are also things that are highlighted, because, in order to spread the team’s offence, you have to always be available to attack, and be the last line of defence.”

It won’t be long before the work truly begins as Jarvis departs for the southwest region of Germany on August 31.

That will give Jarvis and his teammates plenty of time to prepare for the season opener on October 13.