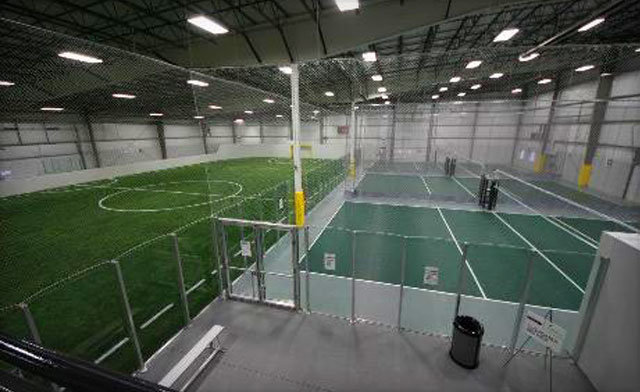 “Should Indoor Volleyball Players Wear Ankle Braces?” is an article written by Chris Koutures in 2014, and appears on his website, http://www.dockoutures.com. Neither the article nor my commentary should be seen as a substitute for the advice of a medical practitioner, but it might provide some perspective on a hotly debated topic in the volleyball community. The article incorporates a number of studies and the comments of medical professionals working with both the women and men’s USA National Volleyball Teams.

As Dr. Koutures notes, the majority of ankle sprains in volleyball occur at the net when one player makes contact with another. In my experience, the most commonly held belief is that while ankle braces may stop some injuries, they weaken the ankles, which makes them susceptible to more ankle injuries, they contribute to knee and hip injuries, and they impede the vertical jump.

According to Aaron Brock, who was the Head Athletic Trainer for the USA Men’s Volleyball Team at the time this article was written, the vast majority of sprains occurred to un-taped or un-braced ankles. He found no conclusive evidence that ankle braces affect on-court performance. He also found that when there was an injury when an athlete used a brace, the severity was usually diminished. It was his opinion that ankle braces are the best way to prevent ankle injuries.

During my 17 years of playing, I injured my ankles over a dozen times.  Most of those injuries occurred while I was training and competing at the highest levels with the Canadian Olympic team. This probably had something to do with the fact that all athletes at this level train more often, jump much higher, and land with greater force than at other levels. My injuries always happened at the net, and they sometimes took many months to heal.  Many of my teammates over the years had similar experiences. The result was countless lost hours of individual and team development. We did not have access to ankle braces in the early 1980s, so I used tape while rehabilitating. Later I used tape as a preventative measure. Tape is more constricting than ankle braces. I would stop taping when I felt my ankle strength had improved sufficiently, and also because I felt my jump was impeded. During longer periods of taping, I experienced pain in my knees and sometimes in my hips. The cycle would then repeat itself over and over.

After retirement from international competition, while playing university and club volleyball, I used one of the first solid ankle braces produced. The instructions were to strap the braces on loosely. I probably had severely weakened ankles at this time and I turned them several times at the net. I could feel the ankles turning over, but they were always stopped before the point of injury. I never experienced another serious ankle injury because I continued to wear braces. I always had full mobility, and I never experienced any knee pain as a result of the braces.

Currently I am a youth coach. My players and even my own sons refuse to wear the braces. Luckily, my teams have experienced very few ankle injuries. I have taught players on all of the teams I’ve assisted to stay away from the centre line to avoid injury. When players keep their feet away from the line, I find that they are more likely to make better playing decisions above the net.

This is by no means an exhaustive discussion on the subject. However, I’d like to point out that if it were my choice, I would never allow a player onto the court without properly fitted ankle braces. I’d like to add that Volleyball Canada has signed a four-year agreement with Active Ankles, a leading manufacturer of ankle braces.  I urge all parents and coaches of young players to make an informed decision regarding the use of ankle braces starting with this article, which can be found here.

ELEVATE your game to the next level

The fuel for the Inferno of Success