Tryouts and Our Deepest Fear 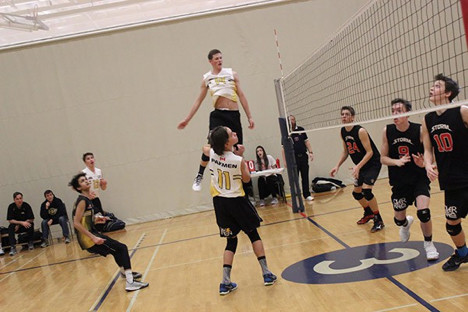 The article, “Tryouts and Our Deepest Fear,” by Coach John Kessel is worth reading. Although the article was written in 2009 and commented on youth sports in the United States at the time, I believe it is still highly relevant and informative.  In his article, Coach Kessel describes and advises on the oftentimes discouraging process of tryouts. He advocates for an all-inclusive sports structure he calls “NO-CUT KIDZ PROGRAMMING.”

As a former athlete, currently a parent of athletes and a youth coach, I’ve experienced the full range of emotions that come with participating in many tryouts in several sports. I’ve experienced and witnessed the effects that tryouts have on participants, their parents, and on the coaches conducting the tryouts.  In my opinion, the article offers an enlightened viewpoint on tryouts for anyone connected to the process.

Coach Kessel describes how he designed a six-tiered volleyball program in the largest school district in Colorado Springs that enabled all players who were cut to find an alternative team to play on.  This makes perfect sense as he observes that each person’s talent and athleticism emerge at different ages and stages.

Coach Kessel then relates the “no cut” ideal to five tenets from the Olympic Charter. The fourth one he lists in particular resonated with me:

The practice of sport is a human right. Every individual must have the possibility of practicing sport, without discrimination of any kind and in the Olympic spirit, which requires mutual understanding with a spirit of friendship, solidarity and fair play.

Coach Kessel then continues to give invaluable personal advice to both coaches and athletes in tryouts.  He urges coaches with the following: “I challenge you to tryout and coach each player in a way that you will never be a child’s last coach.” To players, he advises: “You can only control what you can control—your unrelenting hustle, your love of the game and playing, and your attitude and communication while working with any teammate and coach.”

Coach Kessel concludes with the following important statement directed at all players who tryout: “So to all of you, I ask that you play for the love of the game and never let someone else’s decision take you from having that amazing relationship with this lifetime sport.”

I’ve always held the personal belief that the sole goal of sport was to win.  Now, as a father and coach, I’ve come to understand that participation in a sport can provide one with a lifetime of enjoyment, camaraderie, important lessons on how to collaborate and get along with others, as well as fitness.  I highly recommend that anyone connected to our sport read the full text of Coach Kessel’s views on tryouts and program development. You can find the full article here.

The Value of Chaos and Failure