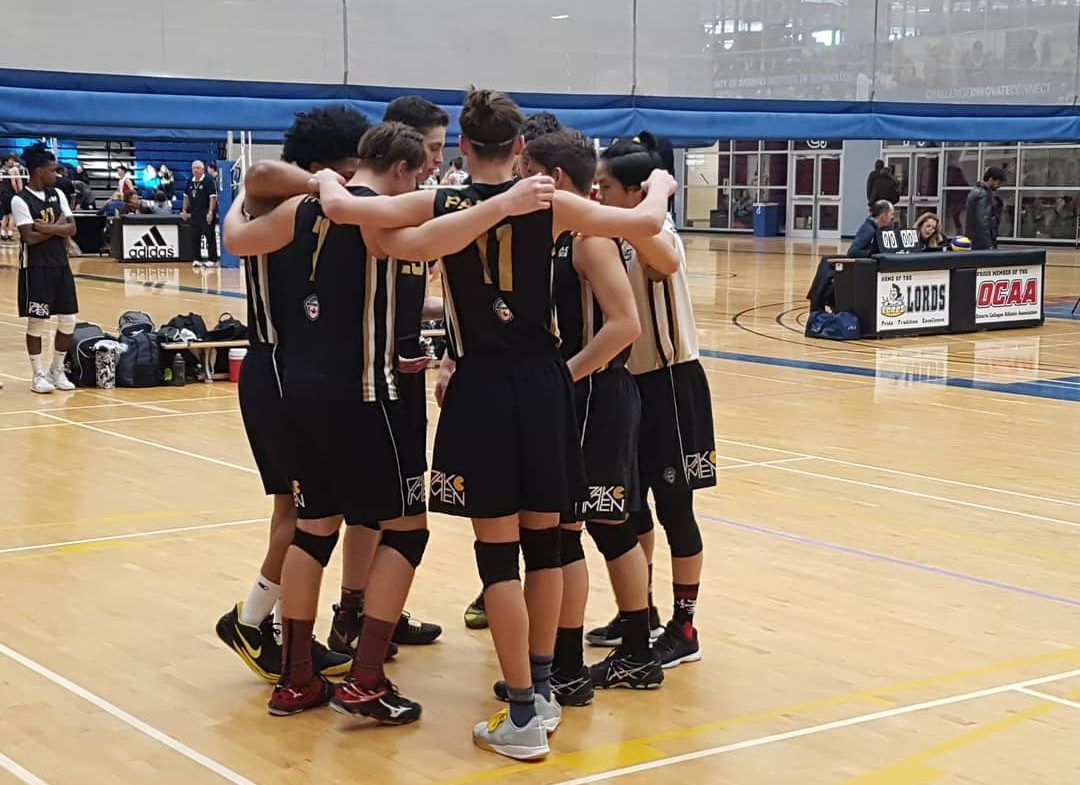 Unless you are in the top echelons of international volleyball, you should be wearing your kneepads. Volleyball has shifted away from teaching players how to hit the ground using side rolls or front sprawls over the last couple of decades. Such techniques may be used instead of, and, in my opinion, more effectively in most instances than a front dive. Importantly, they do not entail contact of the knees with the playing surface.

A textbook front dive involves an approach, a dive, playing the ball up with two hands, if possible, absorbing the landing with the hands and arms, and finally, contact of the chest and/or hips with the playing surface. The technique is understandably more difficult for girls than boys, yet it leads to more problems in the men’s game. Relying exclusively on the dive when the ball is out of one’s easy reach often results in the painful and dangerous contact between the knee and/or hips and the floor, or hesitation, or no attempt at all to go for the ball.

I’ve witnessed too many players at all levels hesitating to defend a ball due to fear of injury or a failure to understand all the defensive techniques available, especially among players without kneepads. It’s also inevitable that if the game is being played vigorously, there will be more floor contact with the knees.

With kneepads, you’re less likely to hesitate to play the difficult ball. You’re also showing your team you are willing to defend or cover any ball, thereby boosting everyone’s confidence in you and in your teammates. For example, a spiker is much more willing to play aggressively if they know their team is totally dedicated to covering them if they get blocked. This is especially important in a close game or during the final points. I believe it was John Kessel who noted that volleyball is a “rebound” game, requiring strikes of the ball rather than actual control, thereby making it inherently less predictable. The need to perform difficult and often awkward defensive maneuvers, which put your body at risk when you hit the floor, is therefore an integral part of the game. Your team cannot achieve “flow” or maintain momentum or confidence without it.

Middle players often argue that they don’t require kneepads since they rarely hit the ground because they are usually involved with every block, and are substituted by a libero once they’ve finished serving. In my opinion, these are weak arguments. Any middle blocker will occasionally not able to move at all to block a deceptive set to the outside. It is then their duty to defend against the attack in any way they can, including diving or going to their knees to save a ball. In fact, whenever a ball passes the block, all blockers must immediately turn around and prepare to play any ball that is ricocheted in their direction. The middle also plays defense after serving. These players usually play in the position where the opposing team’s power hitter spikes crosscourt—one of the most prevalent attacks in any game. For that period, then, unless they’ve aced their serve, the middle’s defensive role is as crucial as the libero’s. They have to be prepared to sacrifice their body to make the defensive play.

I’ve seen the occasional young libero play without kneepads. In almost every instance, they hesitated and allowed a difficult ball to drop, and I witnessed the enthusiasm of their teammates suffer. I’ve never seen an international or professional libero play without kneepads. It’s their job to defend absolutely every ball in their territory—in fact, to play every ball in the gym that bounces in an unanticipated direction, and that no one else is able to play. Why on earth should any other player not be as committed to defense as the libero?

Unless you have perfect and complete defensive skills, and you and your team are willing to risk the health of your knees on every single play, wear your kneepads!

How to Perform a Forearm Pass in Volleyball - Lesson 2