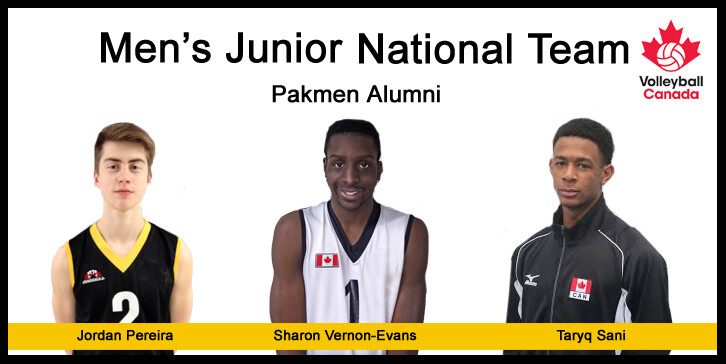 The Mississauga Pakmen Volleyball Club received the ultimate compliment from the sport’s national body earlier this week when three of its alumni were named to Canada’s U21 Men’s National Team.

Sharone Vernon-Evans, Taryq Sani and Jordan Pereira were selected, after a four-day tryout, to represent Canada at the U21 NORCECA Pan Am Cup from May 16-21 in Fort McMurray, AB.

The top finishers will qualify for the U21 FIVB World Championship in the Czech Republic from June 23 to July 2. 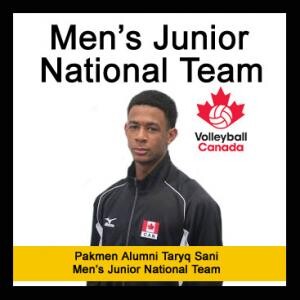 “I had the privilege of coaching all three athletes, and I am extremely proud of their accomplishments to date,” said Orest Stanko, their 2016 U18 coach with Pakmen. “Being selected to represent your country is a great honour and is a testament to their hard work and dedication.

“All three athletes have the potential to have outstanding volleyball careers at the highest level.”

Canada will open the tournament May 16 against Guatemala, followed by matches against Barbados and Brazil the following two days. Other NORCECA (The North, Central America and Caribbean Volleyball Confederation) countries competing include Cuba, Chile and Puerto Rico.

“We have not qualified for world championships yet,” said Pereira, “however, if we do, I will be beyond excited for the opportunity to play against the top young volleyball players in the world.”

Pereira, who just completed his first year at McMaster University, added he is looking forward to his reunion with former Pakmen Vernon-Evans and Sani.

“It is always fun to play with familiar faces, especially with people that you haven’t been with for so long.”

Canadian head coach Gino Brousseau, who had the last say on the team’s selection, looks forward to seeing what his charges can do on the court against international foes.

“We’re excited about this year’s group of players,” said Brousseau. “Many of the athletes were part of the program last year, and have gained valuable experience and maturity over the past year. We’re looking forward to the opportunity to play in our home country to work toward the goal of U21 World Championship qualification.”

“We are extremely happy with the 2017 edition of our U21 team,” added High Performance Director Julien Boucher. “We had a productive selection camp, which I would consider one of our best ever, and that’s a tribute to all players and staff who attended. Our future looks bright.” 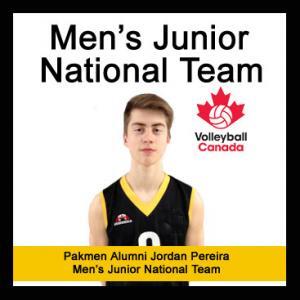 Canada won a bronze medal at this event in 2015, with Brazil defeating the United States for the gold.

Vernon-Evans, Sani and Pereira will be joined by fellow Ontarians Andre Foreman, Daenan Gyimah, Matt Mawdsley and Matt Passalent. Foreman and Mawdsley are graduates of the London Volleyball Club, Gyimah came from the Scarborough Titans and Passalent was with the Mountain Athletic Club.

This will be the first international event held in Fort McMurray since last year’s wildfire, and there are plans in place to make the visiting players feel welcome.

“It will definitely be a cool experience to play in Fort McMurray after the devastating incident,” said Pereira. “They are actually hosting a little ceremony when we arrive at the airport where we will sign autographs and there will be live music.”

Volleyball Canada’s Director of International Events Alan Ahac added, “Having a major event will certainly contribute to the re-building process and we’re looking forward to hosting our teams from across the Americas to showcase this region of Alberta.”

The event will take place at the Syncrude Sport and Wellness Center at Keyano College.

This is the most Pakmen ever named to a U21 team. Two years ago, Brandon Koppers was named to the Junior National Team. 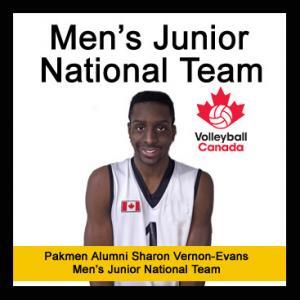 The following is a list of the 2017 Canadian Men’s Junior Volleyball Team, including the players’ hometowns, colleges and universities they are attending and positions they play.

Taryq Sani; Ajax, ON; (University of Alberta) – Left Side