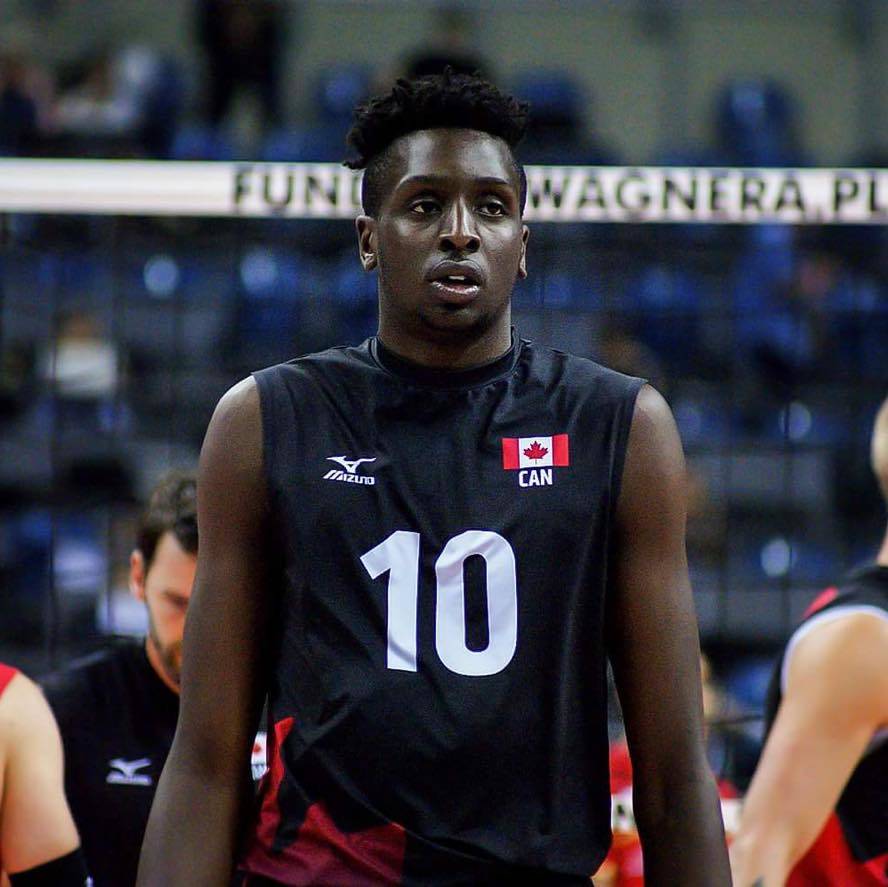 Indoor volleyball has six players on each of the two teams, and they’re organized by having three players in the front row, and three players in the back row. The player in the back right serves the ball. A team regains a serve by winning a point after the opposing team has served. The team would then rotate positions clockwise. Beach volleyball is similar, except there are only two players on each team. Each time the ball returns to them for a new rally, they switch.

Every rally starts off when the player in the back right serves the ball. The person who is serving must throw the ball overhead and hit it right over the net. The opposing team then has three chances to hit the ball and return it. The rally continues like this until the ball either touches the ground/floor, or cannot make it over the net to the other side in three hits or less.

A player is allowed to go out of bounds to hit the ball, but the ball has to cross the net and land in bounds, in order for it to be considered a legal return. If the ball doesn’t go over the net, it’s considered a point for the opposing team.