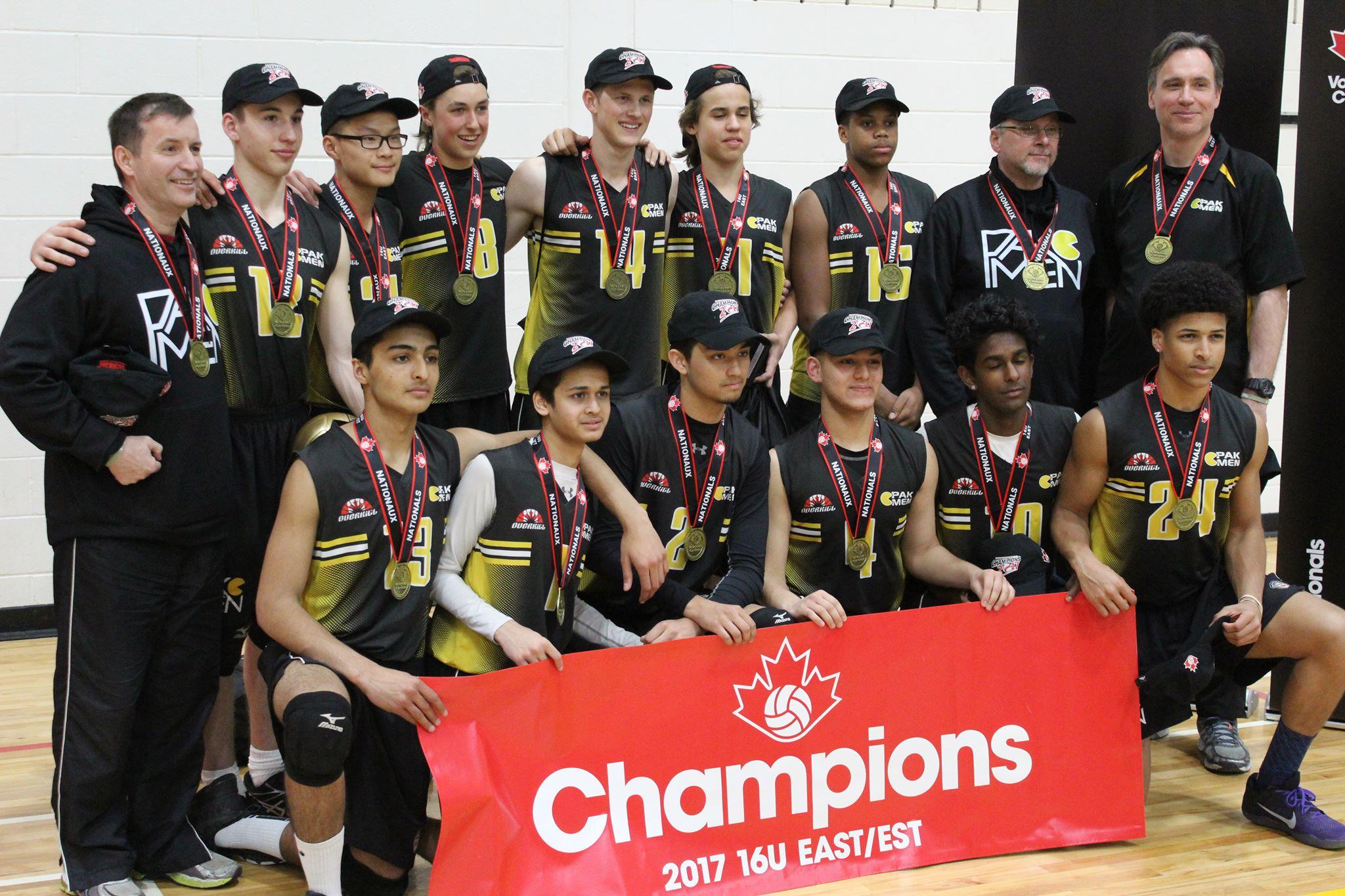 The Mississauga Pakmen love a challenge.

One could argue this year’s 16U boys went out of their way to discover different, more formidable ways to test their abilities at Volleyball Canada’s Eastern National Championships May 5-7 at Milton’s RIM Park.

And, with the flair of a Houdini, the Pakmen magically devised a way to persevere.

This iron will didn’t come about accidentally, but rather through developing mental toughness as part of their training.

“This was my third group of U16 boys and all three won Nationals, but this team was the most resilient,” said head coach Kelly Smith in reference to three comeback victories, including two on the final day. 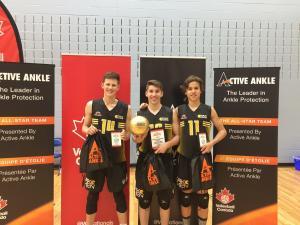 “I’m really proud of the guys. They never give up,” said Smith, who said that a part of the preparations for Nationals was sitting down to watch a classic 1994 fight in which George Foremen, at five days shy of his 46th birthday, became the oldest heavyweight boxing champion of all time by beating Michael Moorer.

“We watched how Foreman was still slugging it out in the 10th round, even though he had lost (7 of 9 rounds) and no one gave him a chance to win,” marveled Smith. “(Foreman) looked confident and determined and it paid off because he knocked out Moorer!”

Another, more conventional, way of developing that toughness came on the court as tournament all-star Trent Ketrzynski explained.

“The main thing that allows us to fight back is our mental toughness, which we acquired by playing games in practice that started at (a score of) 18. This was important because it caused us to battle for every point and really lock in mentally.

“This victory feels unreal and I’m truly grateful,” added the 15-year-old Toronto native, who comes from a family of perennial indoor and outdoor champions, including Cole, 15 and Xander, 17.

Ketrzynski and teammate Luca Nastase were named all-stars, while fellow Pakman Peter Rugosi, was named the tournament’s most valuable player.

No stranger to winning with this being his second National indoor title to go along with gold on the beach, Rugosi says this win is special. 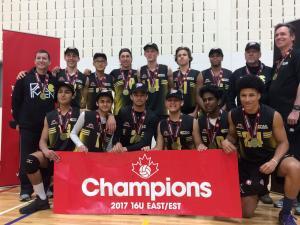 “This win is obviously very high on my list because our team came back many times from losing the first set all tournament long and we all beat the odds when we were down in the third set of the finals.

“We always had slow starts and it clearly showed throughout the tournament,” added Rugosi. “What made us different than other teams is that we didn’t want to lose, and we still thought we could win. We faced defeat in the quarters of Provincials and we learned from that, that we can not give up no matter what. That is how we overcame defeat when we lost the first set.”

The 5-foot-11 Etobicoke native, who attends Bishop Allen Academy, added the gold medal finish, “was also very big because this was the last tournament we had with our outstanding coach Kelly Smith who has coached more than half the team since 13U.”

Although it would appear intentional, teammate Nastase was adamant the team didn’t purposely drop opening sets just to introduce drama to their matches.

“The players on the team rarely enjoy being down,” said Nastase, “although it is pretty satisfying when we have a comeback. What happens is that every game we get off to a slow start and then it takes us a while to get back into it.

“Winning was a lot more satisfying this year,” added the Oakville native, “because we were down 13-9 in the third set before coming back to win. We had to give it our all to have a shot to win the  gold medal.”

In an attempt to analyze the team’s capability of fighting back from a deficit, the 6-foot-4 middle, who attends Garth Webb Secondary School, came up with a simple deduction — friendship. 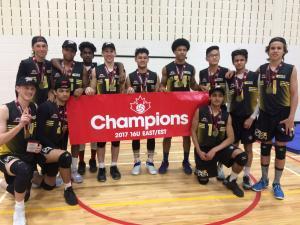 “I think what separates us from other teams is that we have such a close bond. I always feel at home when I’m with these guys. It’s almost like they’re my second family and I am pretty sure everyone else thinks the same.”

As is the same with all of his teammates, Nastase feels his game has improved immensely over the past 12 months.

“I have improved my game by putting countless hours in to my blocking, ball control, and serve,” he said. “As a middle blocker, blocking is one of, if not, the most important aspect to my game, so obviously I needed to be a presence at the net. A lot of credit goes to all my coaches for constantly giving me exceptional feedback on how to improve my technique and movement. I also needed ball control so everyone doesn’t have to worry every time the ball comes to me. To be a complete player I don’t only want to be able to hit the ball really hard, I need to be able to execute all of the volleyball actions with ease. I improved my serve so that I can give my team an extra edge before we let the other team score another point. In a really tight match, an ace or bad pass is the difference between first and second place.”

The team also improved with the addition of first-year player Josh Timukas.

“We moved our all-star middle, Nic Basilio to the outside this year and we suffered at first from losing Nic in the middle,” said Smith, “but we picked up Josh Timukas from another club and he worked really hard and improved a lot so we were in good shape by Nationals.”

And Smith added the team had to be at its best when going head-to-head with Aurora Storm in the championship final.

“Aurora Storm is an excellent team with some of the best players in Ontario so they were always tough to beat. We met them in the finals at Provincials and Nationals last season and it could have gone either way. This year we beat them 16-14 in the third set. Very close.” 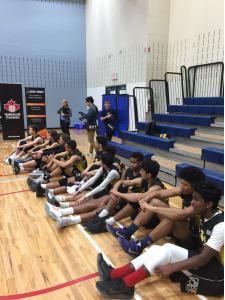 “Josh proved to be a valuable player throughout the season,” agreed Rugosi, “with his valuable passing and hitting skills in the middle.”
Heading into the final day of competition, the Pakmen defeated Quebec’s Macareux 2-0, Nova Scotia’s Axe Volleyball 2-0, PVB 2-1, Essor de Quebec 2-0, Geants of Quebec 2-1 and Nova Scotia Tide, 2-1.