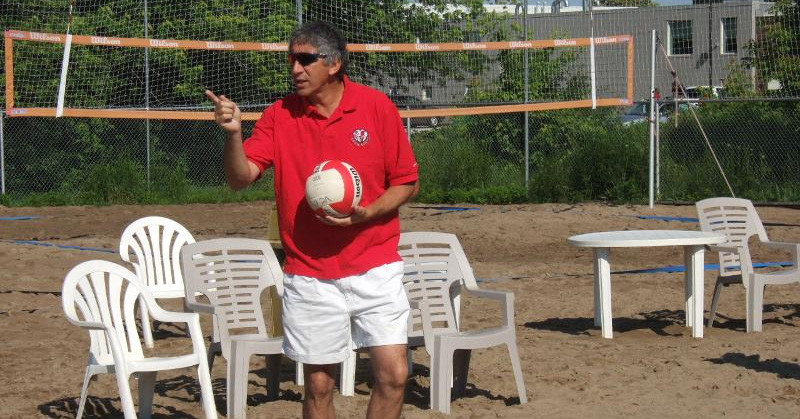 Canadians attempted in vein to choke back the flow of tears when the first planeload of exhausted, yet grateful, Syrian refugees were welcomed by Prime Minister Justin Trudeau at Mississauga’s Pearson International Airport late Thursday (Dec. 10) night.

It was an early Christmas present for this country, knowing that our collective heart-warming gesture, was helping to alter the lives of some of the most desperate victims of a civil war close to 6,000 miles away.

Hernan Humana was just one of the millions of Canadians watching in delight at the initial arrival of our newest Canadians. The York University professor knows all too well about the ravages of brutal regimes and the human suffering they cause. 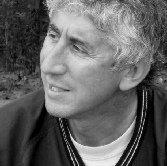 When Humana arrived in Canada 35 years ago, there was no official government welcoming committee at arrivals, although there were tearful family members who had made the same perilous and harrowing escape from General Augusto Pinochet’s Chilean regime five years earlier.

So, when watching the pained stares of the survivors of war, Humana could identify with them as few others can.

“I am very moved by our new government and its efforts to help those in need,” said Humana. “When I came, although the Prime Minister (Trudeau’s father Pierre Elliott) was not at the airport, I felt extremely welcome by all the people I came across. It was a nice welcome too although when you come full of pain and fear it is not easy to fully recognize it, let alone enjoy it.”

A care-free member of a working-class family in Santiago, Hernan and his family and friends were rocked, along with much of the world, as the thundering sounds of low-flying planes were followed by the shattering bursts of bombs landing on the presidential palace of Chilean leader Salvador Allende.
It was Sept. 11, 1973, and it marked the beginning of the military coup d’état of General Pinochet.

University of Toronto History professor Joan Simalchik, vividly describes on OpenCanada.Org, how “Soccer stadiums were transformed into concentration camps, torture centres set up, bodies floated in the Mapocho River. Loudspeakers called out long lists of people who were directed to report to military command centres.”

The ensuing junta led to 18 frightful years of repression, persecution and torture of 40,000 civilians, and the murder of some 3,100. A further 200,000 Chileans fled the country, including 7,000 who made it to Canada.

Until then, there was no designation of “refugee” in Canadian law.
A volleyball star in his native land, Humana made the difficult decision to stay and continue to represent his country internationally.

Now, an established professor of sociology of sport and the proud father of top beach volleyball stars Felipe and Melissa Humana-Paredes, who may wear the Maple Leaf of Canada at the upcoming Olympics in Rio de Janeiro, Humana has released a 250-page book called Playing Under The Gun.

While the book’s launching is at Beach Blast in Toronto on Dec. 31 at 4 p.m., Humana offered some insights on the book that was released on Friday (Dec. 18) at a cost of $23.

In the book, Humana describes how he stayed behind under mixed emotions to play for a country reviled by many.

“I did not leave with my family because I felt there were so many friends in trouble either (having) disappeared, or in concentration camps,” explained Humana. “Somebody had to stay behind to help change the situation. Remember, I was 20, stupid and idealistic. My parents were understanding enough that, despite the danger, they respected my decision.”

That choice left Humana with emotional scars he will carry for the rest of his life. 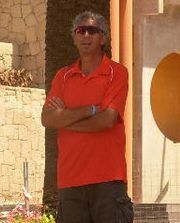 “My decision to stay in Chile and continue playing for the national volleyball team during a period of widespread state-sanctioned torture and killing created innumerable challenges,” said Humana. “The decision I made had a profound effect on every aspect of my personal and athletic life. Time and again it would cause me to question my personal beliefs and values, and ultimately, my sense of who I was and what I was doing by playing for a team that represented a murderous regime.”

Despite being a volleyball star, Humana knew he was living on borrowed time in Chile.

His dad fled to Canada after being liberated from a concentration camp. And when in Canada, his father continued his fight, publishing an anti-Pinochet newspaper in Toronto. As a result of the publication and Hernan’s own support of the democratically elected government, Hernan knew he had to leave.
“The military wanted people against them dead, or out of the country, depending on how dangerous they were for them and their interests,” said Humana, adding luckily, “I left very scared but they did not bother me when I left.”

His departure seemed light years removed from Humana’s Childhood memories.
Growing up in a town built around a steel plant where the government and company took care of its workers and offered numerous opportunities including sports programs for employees’ children, Humana soon stood out. His unusual height, paired with athletic prowess, made him a constant magnet for coaches of assorted clubs.

“From the age of 5 my life revolved around track and field, basketball, and volleyball. By 1971, I was representing my country at international competitions. Mine was a charmed life.”

A charmed existence that turned into a nightmare practically overnight.

“After that dreadful day on September 11 — Chile’s 9/11 — no one, particularly no democratic-minded Chilean, remained unscathed. Survival became a daily struggle — for me, perhaps even more so.

“While people were being tortured and killed, I dressed in a ‘blood-soaked’ uniform for every competition. Playing volleyball in an internationally despised uniform, listening to a reshaped national anthem before every game, and having to do my best in venues that had been used as prisons for the torture and killing of countless people, was intensely disturbing.

“The inner conflict such feelings provoked, as well as the difficulties of just getting by at a time of deep social unrest and economic disruption, eventually took a toll on me. This book is about what I experienced in this period. The personal trials are presented here with painstaking detail against a larger backdrop that aims to relate both shameful as well as humane acts of Chile’s history. More importantly, this autobiography provides a window on a world that few have managed to document.

“What did it mean to represent Chile before and after the coup? Why did we play on a national team, representing a nation led by a brutal dictator? These are some of the questions I forced myself to confront in this book.”

Humana lists all the wonders of relative freedom prior to Pinochet’s arrival, including “tons of literature, poetry, theatre, solidarity, music,” followed by “torture, persecution, violation of human rights, murder, darkness.”
Even after Pinochet’s rule ended, Chile never really returned to those wondrous days Humana preciously holds on to.

“After Pinochet,” Humana explains, “(there was) democracy, but with a constitution from the dictator’s days. The country had been marked forever.”

Humana has since returned to Chile, but admits to not feeling at home.

“I have been back to Chile a few times, but not (since 2006). My emotions were extremely mixed,” he explains. “On the one hand, (I was) happy to see old friends. On the other, (I did) not fully fit in anymore: Chile has changed and I have changed. We don’t fully recognize each other anymore. I am very happy in Canada. I don’t regret at all having left Chile. Canada is my chosen country and I love it.”

For Canadian tourists, Chile represents an absolute wonderland, featuring 4,300 kilometres of Pacific Ocean coastline to the west, the magical Andes mountains to the east, the Atacama Desert to the north and the mysterious Easter Island off its shores.

“Those who have visited the country, think that Chileans are nice,” he adds. “I have problems with that assertion because many Chileans were involved in torture and killing.

“People in general know little about Chile. I left the country in dire circumstances and Canada was extremely welcoming to me. It took me around a year to start accepting Canada as my country and leave Chile behind. Today I am a proud Canadian with two children on the Beach Volleyball National team. What a privilege!”

In fact, Humana encompasses some of the many values and strengths refugees have and continue to contribute to this nation. In the case of Humana those contributions have come in academics and athletics.

“Academically, I teach over 1,000 students a year with a passionate attitude that attempts to create a unique and open learning environment. In sport, I have coached so many athletes in Canada, it is rewarding to see some of them still playing and succeeding in life.”

Humana’s greatest success in athletics was coaching John Child and Mark Heese to Canada’s first and only volleyball medal at the 1996 Olympic Games in Atlanta where they captured bronze in beach play.

“I began to coach them in 1995 after I had coached many teams,” reflected Humana. “I (actually started coaching) John when he was in high school. In fact, we won a Canadian Championship with that team.”
But alas, Humana’s volleyball successes in Canada will be the subject of a later endeavor.

“I am writing a second book where I analyze this question . . . My greatest contribution was structure, leadership, passion and hard work.”

In one of life’s many twists, Child is now coaching Hernan’s daughter Melissa and her partner Taylor Pischke as they vie for beach glory.

Meanwhile, Humana continues to dip his hand into coaching with the Pakmen Volleyball Club.

He currently assists with the U14 girls team, “with a wonderful coach Rick Christiansen. I am loving this team.”

The book can be found in the following web site: www.playingunderthegun.ca

At Home Workouts and Drills for Indoor Volleyball