Pakmen ‘Setting’ the Table for Another Big Indoor Season

In team sports, communication is the key.

If the best talent in the world isn’t in sync, chaos can ensue.

That is why the Pakmen Volleyball Club has recruited top notch coaches to ensure its players are always in the right place with the necessary skill sets to succeed. 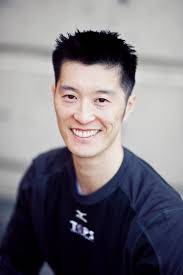 “At Pakmen we always try to improve our Sunday programs by adding different elements to our setting programs,” explained Chung, who was inducted into the University of Toronto Sports Hall of Fame in May after a stellar career with the Varsity Blues that culminated in five OUA all-star selections. “In the past, we have added attackers and found it very educational. It’s time again to revisit past practice.”

With middles included in the clinics, Chung says “we are aiming to build more chemistry between our setters and middle attackers; aiming to bring our specialized program to a wider range of teammates so that the club can benefit at large; and there will be more athletes that will learn how to train in a focused, more technically sound, intense environment.”

And Chung certainly knows a thing, or two, about setting.

A two-time all-Canadian, Chung was an integral part of the Blues success in winning six OUA titles in seven years from 1995-2001. He was so well respected, Chung later served as the Varsity Blues’ men’s head coach from 2004-07.

“(Chung’s clinics are) without question the reason why our setters and liberos have stood out from all the rest,” emphasized Pakmen president and founder Kelly Smith.

“We are really excited to be able to offer this to our athletes,” added Smith. “When you look at the championship teams at 18U and in the CIS, without exception, they had at least one standout middle. It’s difficult to win without this key position, but ironically, it’s often overlooked in training programs. Everyone trains middles, but no one really trains middles – not the way we are going to. And our middles will get to work on setting, which is a vital skill for them to master if they want to play at the highest levels.”

At 44 years of age and with more than a quarter of a century of volleyball experience to guide him, Chung feels that his coaching style is ever evolving. 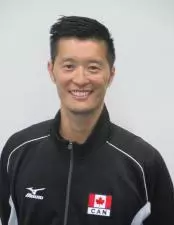 “I like to believe my coaching style is always changing for the better. I love to learn from others and implement new ideas,” says the Dixon Grove Junior Middle School teacher and Toronto native. “I hope to never stay stagnant in my development as a coach.”

Chung certainly has a lot of memories and former coaches to rely on.

“I certainly learned many new strategies and drills during my time overseas,” explained Chung, who played for Alcome Capelle Sharks in the Netherlands in 2000, Nafels Concordia in Switzerland in 2001, and coached for the Al Jazeera Sports Club in the United Arab Emirates from 2001-04.

“In Europe, they really emphasized ball control and taught the skills in a very progressive manner.”

“We were all so fortunate to have been coached by Orest. If I had to share one thing we learned from Orest it would be to cultivate a highly competitive training atmosphere while always believing that we could win every battle and competition.”

Chung brings all those experiences and his expertise to the forefront with the Pakmen every indoor season.

“I’ve been very fortunate to work at Pakmen,” said Chung. “Kelly is a great person and gave me the chance to share my knowledge. We came up with this idea of Sunday training specifically for Pakmen as I was already doing it for individual athletes. It’s been very beneficial for everyone, especially the setters.

“For almost 10 years now, we have been stressing the fundamental and technical aspects of setting. Breaking down footwork, body positioning and hand work on a consistent basis.

“In addition,” continued Chung, “we’ve provided decision making scenarios to further improve players’ development. We are fortunate to have these sessions to really zone in with the quarterbacks of the teams…as club coaches are pre-occupied with the entire team and their systems.”

And one doesn’t have to cast their eyes far to see the difference Chung has made for Pakmen players, both in the present and past.

When Ryerson Rams won their first-ever Canadian title in the fall, Pakmen graduate Mady Timpany explained how important Chung was to her development.

“The biggest role Pakmen played was introducing me to the high performance mindset before entering university,” said the setter out of Woodstock. “The club is so successful for many reasons, but I think the main one is it enforces a competitive atmosphere and a standard for wanting to be champions. Pakmen also offered extensive opportunities to improve through setting clinics with Jeff Chung, the VCCE program with Dustin Reid and access to many knowledgeable and devoted coaches.”

Satti has witnessed Chung work his magic from up close for a decade.

“I’ve been coaching the setters alongside Jeff for the last eight years,” said Satti. “It’s been an amazing experience for me to learn from Jeff and be able to work with setters directly. His practices are always intense and meaningful. He puts a lot of emphasis on technique, and over the years I can see it having a positive impact with our setters. We’ve had some fantastic setters come out of our club that have had great post-secondary careers. A big part of that is the opportunity they had working with Jeff on a weekly basis.” 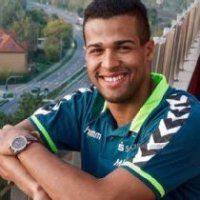 And now Amoroso is excited for the opportunity to work with Chung and Satti.

“I’m looking forward to working with Jeff immensely,” said Amoroso. “Jeff has been a coach and mentor of mine for years. He has coached me on multiple club and provincial teams, was one of my coaches for two summers with the 2009 Canada Games, and I have learned as much from Jeff as I have from any other coach in my career. While we have never been on the same side of the coach-athlete relationship, I am looking forward to establishing principles and adding the middle blockers to the strong training/development culture.”

Amoroso knows how much this program has meant for the club’s setters and liberos and is excited to see the club’s middles gain from Chung’s expertise.

“It is the type of positional program that, at the club level, and at this age, technical refinement can have huge benefits,” explained Amoroso. “Jeff and Jessy have been running an incredible program for years with the setters, and the results have been notable at both the college/university and provincial/national levels for the athletes produced. It is a clear competitive edge, and the hope is that adding middle blocker-specific training will allow Pakmen to set a new standard for that position.

“Two years ago I was able to work with all the middles from 15U to 18U on the boys side, and it will be very exciting to work with both the boys and girls, in an environment catered directly to what they need at the position.”

Amoroso appreciates all the intricacies and nuances needed to be a good middle at both the club and post-secondary levels and feels this clinic can be a game-changer for Pakmen players.

“Many describe the middle blocker position as the ‘hardest working position on the court’, or as a ‘blue collar’ position,” said Amoroso. “While middle blockers certainly do work hard, those that excel at the highest levels in the world are also some of the most technically skilled players on the court. Their most coveted asset is their ability to gather information with their eyes and ‘read’ the game. The reality is, that skill set is consistently undervalued at the club level, and by putting attention and focus on the finer points of the game, Pakmen has the opportunity to build a true breeding ground for the elite – the Pakmen School of Middle Blockers, if you will!

“Pakmen is consistently finding ways to improve the resources for their elite athletes, while remaining true to their culture and roots,” added Amoroso. “You can walk into any house league, March Break/Summer camp and see young club athletes actively coaching and giving back, while the established coaches in the club are home-grown and developed through their club system. At the same time, I have former American teammates from Europe that can only identify one Canadian club as a true hub for elite-level talent: This one. There is nothing quite like Pakmen Nation anywhere in North America, and the future certainly looks bright for continued success.”

That future will likely include a Chung not too many years from now.

“My eldest daughter has just started volleyball and will hopefully be sporting a Pakmen Jersey next fall with the inaugural 11U age division,” said Pakmen’s vital setter coach and proud papa.