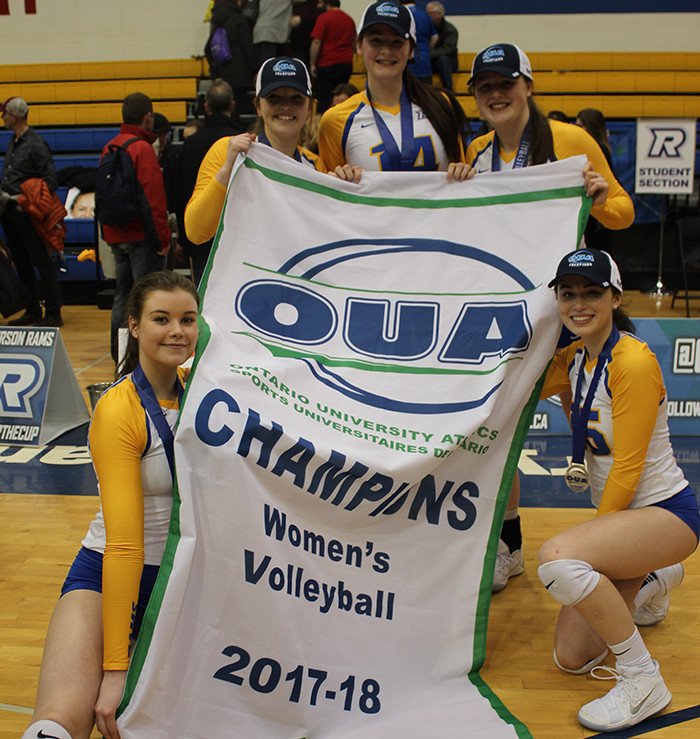 The Ryerson Rams women’s volleyball team won the OUA Championships recently for the first time in the university’s history. The ladies had a perfect season, 19 – 0 before heading into the playoffs. The Rams defeated McMaster University 3-1 in the championship to capture gold.

The head coach of the Rams is Dustin Reid. That name may sound familiar and it should. He is the coordinator of the Volleyball Canada Regional Excellence Mississauga program run by the Pakmen Volleyball Club. He is also Pakmen’s mentor coach for all our rep coaches and teams.

Club president Kelly Smith was elated with the Ryerson win. “I’ve known for a long time that Dustin is one of the finest coaches in Canada. Ryerson was smart to hire him, the program has improved every year since he started there and now they are number one. Players now want to go to Ryerson and be a part of that program.”