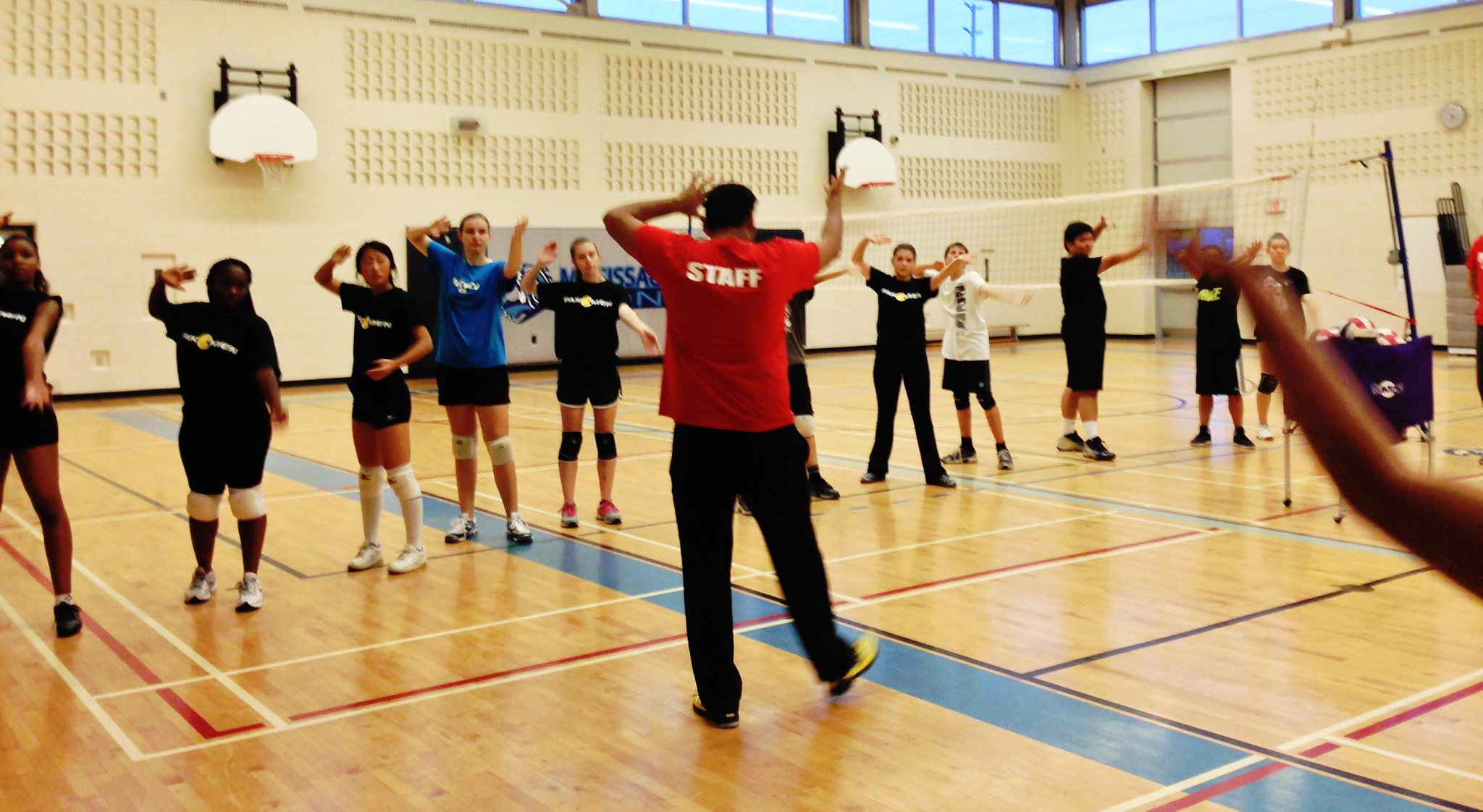 In order to make an attack successful the ball has to be hit with great force. It goes without saying that players who are responsible for attacking, spiking as well as hitting have to practice special volleyball skills. Today, we are going to provide readers with the best drills which have to be performed by volleyball players for successful development of their hitting, attacking and spiking skills. These volleyball drills must be a key part of an attacker’s training program.

Obviously, it is very important for players to reach high when hitting the ball. When performing high contact drill volleyball players also have to focus on reaching high and snapping the wrist. When tossing the ball players have to do their best to bring both their arms up. Acting in such a way, they can prepare for completing an attack hit.

Performing this drill allows volleyball players to improve their spiking skills dramatically. It is worth noting that this volleyball drill is performed without a ball.

First of all, a team has to form a line along a sideline. Once a player approaches the net he/she has to take another approach. However, the next time a player has to start approaching the net from inside the court. Finally, the player reaches the other sideline. When the first player approaches the net it is time for the second player to start moving towards the net. The drill is completed when the last player of a team reaches the other sideline.

This drill involves simulating the situations of hitting during the game of volleyball. At least six volleyball players are required for performing this volleyball drill. Initially, the ball is tossed over the net by a coach. So, it goes to the passer. At this moment a setter has to change his/her position and approach to the net. Now, it is time for a setter to receive the passed ball and set it to an attacker. As a result, an attacker completes an attack hit. After completing an attack hit both hitters and a setter have to take a defensive position on the court.

Initially, the coach divides the volleyball into two groups. So, each group practices the drill on its part of the court. Every group has to contain at least three volleyball players. If a group contains more than 3 volleyball players a coach will have an opportunity to rotate those players who take the passing position.

Initially, the first player has to occupy the back-left position. A setter with a ball has to be located near the net. The third player has to be located on the opposite side of the playing court. When all players occupy the right positions on the court it is time for a setter to toss the ball to the passer. The task of a passer is to return the ball back to a setter. Afterwards, a setter has to set the ball and the passer has to occupy the hitting position. The passer will have to spike the ball over the net. Finally, the third player shags the ball and volleyball players have to change their positions. The rotation of players should take 5 minutes. After the rotation of players is completed, players also have to move to the right side of the court.

Without a doubt, back row attacks can be very effective. Performing this drill will definitely help volleyball players organize attacks from back row. Moreover, this drill will have a positive impact on communication skills of volleyball team’s players.

Doing this drill delivers multiple benefits to attackers and hitters. However, the biggest advantage of this drill is that it teaches volleyball players how to choose the best moment for completing an attack hit. It is a good idea to begin the volleyball practice with such a spike-approach warm-up. As a result, players will be ready for completing attack hits. This volleyball drill has to be performed by the players of the front-row. The drill involves initiating the spike approach from the 10-foot line.

At the beginning, a player who wants to practice wall-spikes drill has to stand about 10 feet the wall. A player has to hold a ball in one of his hands. It is better for a player to hold a ball in his/her non-dominant hand. A player has to keep his/her hand with a ball straight and then raise it up to head-height level. At the same time it is necessary to lift and draw back another hand. Its elbow has to be bent, so the opposite hand will be on the level of shoulders. Now, a player has to complete the hit with the dominant hand. The ball will bounce off the floor, hit the wall and return back to the player. The task of a player is to track the ball and hit it again. As a result, the drill will be continued. If a player can’t receive or return the ball the volleyball drill is finished. A player has to practice the wall spikes drill for about 5 minutes. Afterwards, a player has to change hands. So, the drill is performed with another hand.

The Importance of Active Stretching During Warm Up

Milton Pakmen Volleyball Club in Tune with the Deaf Community