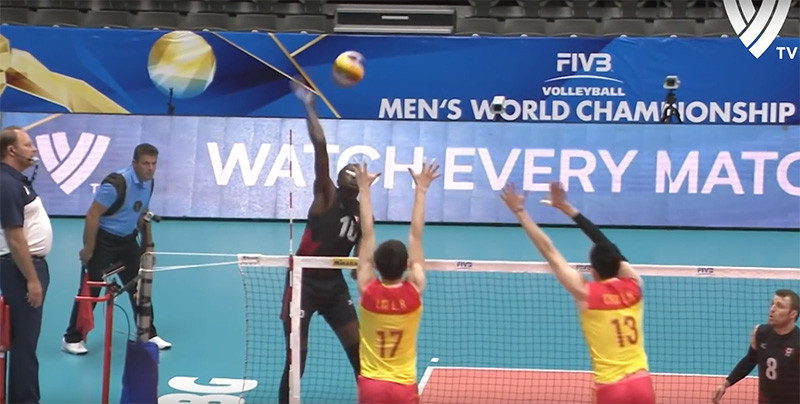 In the article, “My Favorite Player,” written for USA Volleyball, John Kessel lists sixteen attributes of his favorite player. Every quality or action listed by Kessel is worth repeating, but I will stick to the ones that stand out the most for me. I urge a complete reading of the article by both coaches and athletes. Coaches can use this list of their athletes’ behavioural attributes that go far beyond physical skills as a teaching guide. Athletes can use this list as a guide for accelerated success and true enjoyment of the game.

“She is the one who cares about her teammates, on and off the court.” For me this is the player who constantly endevours to boost and enhance the efforts of her team in a way that is considerate of each individual’s personality. I believe this requires a high level of empathy and “people” skills. This kind of caring can take the form of congratulating a fellow player on a job well done, or by bolstering a teammate after an error. It also involves a personal expression of kindness or sympathy outside of practice when one learns that a teammate is going through an illness or troubling personal event. A simple text or email suffices. All of these kinds of actions by one individual can lead an entire team to make deeper efforts and sacrifices for their team.

“He is the one who understands the words, Citius, Alius, Fortius (the Olympic motto’s, Faster, Higher, Stronger).” As well, I have personally witnessed and knew from the changes I saw that this individual was doing something every day “to make himself better as a player, and as a person.” I love seeing a player devote the entire time of practice to improving. If a drill is less physically demanding, this player makes a special effort to perform each skill as proficiently as he possibly can, no matter how well he has mastered it. If he leads his team in a particular skill, he continually strives to take it to even higher levels while making a full effort to enhance his skills in areas in which he is less adept. It’s wonderful to be as close to a complete player as possible. As a coach, it is rewarding to help such a player. By contrast, it is frustrating to deal with another kind of player, such as an attacker who does not care about defense.

“She is the one who goes to the farthest corner of the gym to get that one errant volleyball hiding from the others in plain view, always running to retrieve it, and always doing so without being asked.” She helps her team by doing her best to make sure that a practice runs as efficiently as possible in a way that doesn’t draw attention or directly benefit her personally. This shows respect for the process and the team and helps set an example for the rest of the team.

“He is the one who shanked the serve reception near the end of the game, but who did not turn to look at me for answers, instead refocusing and passing the last tough serves perfectly.” I believe that every individual volleyball skill can be divided into two skills: the one performed under lower pressure during the early stages of the game, and the one performed under high pressure or after 20 points when the game is on the line. The latter is performed by the player who has unfailingly taken each of his practice repetitions seriously. This skill may also be coached, for example, by using short games to six points, more or less, to escalate the pressure on each point. The skill is also developed by continuously leaving players on the court to battle through the most highly pressurized situations rather than resorting to panicked or frustrated substitutions, which cut short a player’s opportunity to learn how to bounce back. Teaching physical skills at any age, in my opinion, is almost useless without also teaching athletes how to deal with failure.

I’ve elaborated only on four of Kessel’s favourite players’ 16 qualities. I would add to the list a player who never gives excuses for mistakes, and, in response to instruction from a coach, immediately tries to correct herself or implement the instruction. In my opinion, the players who display the largest number of the listed qualities will not only enhance their entire team in the most effective way possible, but will also most dramatically enhance their own development and enjoyment. I strongly urge you, whether you’re a coach or player, to read the full article here.