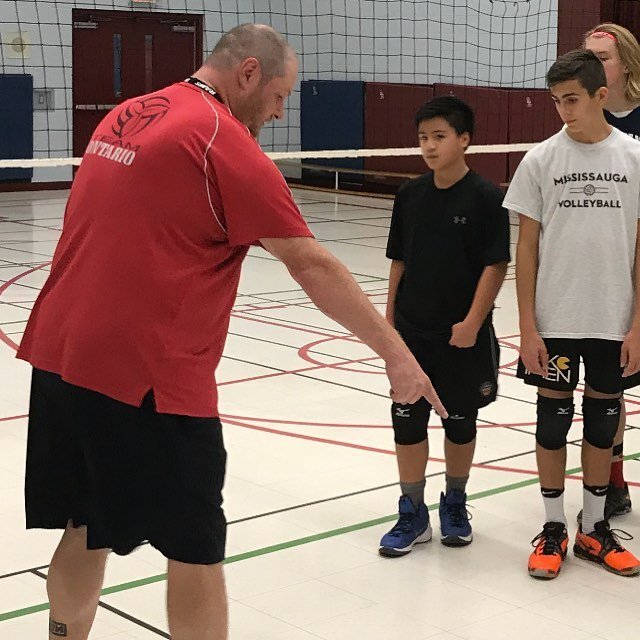 During the game of volleyball you should definitely control both your body and your mind all the time. That’s the reason why athletes have to focus on practicing both mental and physical volleyball skills. It’s important to know that mental toughness is something that must be developed by athletes of all skill levels.

In reality, mental skills are often overlooked by volleyball players. In other words, athletes only do exercises for improving their physical volleyball skills. As a result, athletes can’t demonstrate the best possible results during important volleyball matches.

A volleyball player should definitely do everything he/she can to improve his/her mental fitness. That means that drills for mental toughness need to be a key part of a volleyball training program.

Mentally tough volleyball players can do a great job on the court. You’ve probably heard many times that “to err is human”. Everyone can make mistakes. Actually, the same can be said about the sport of volleyball.

Obviously, a volleyball player should be able to control his/her mind and make the necessary adjustments quickly when such a need arises. In fact, mental toughness can fall into different categories – mind over the body, mind over circumstance and mind over fear.

Oftentimes, volleyball players relax and lose their focus after a won rally. As a result, a volleyball team misses an opportunity to win more points. The main purpose of this drill is really to focus on side-out type of volleyball. During the drill athletes also play free ball type of volleyball. The drill puts a lot of balls in play and involves a lot of movements as well as wash plays and rally plays. The volleyball drill finishes with a good serve.

Doing so called volleyball side-out drill (also known as the 1 – 2 – 1 drill) on a regular basis helps athletes refocus quickly when such a need arises during the game. So, volleyball players become mentally tough over time. Practicing this type of drill allows volleyball players to return back to the game after side out within a short period of time and then focus on service. This may help a volleyball team earn additional points.

The entire volleyball team and three servers participate in Russ Rose drill. The goal of the drill is to practise spiker coverage and develop confidence as well as mental toughness among back row players, servers, passers and hitters.

It all begins with the preparation. The entire team has to go to one side of the court. Three servers have to go to the opposite part of the court. A server makes a serve and the drill starts. First of all, a team has to receive the serve and make a pass. Then, the ball is set and the attacker carries out an attack hit.

During the drill volleyball players have to see the ball, receive serve, pass the ball, set the ball and carry out an attack hit. While practicing the drill athletes have to play aggressively and change their positions on the court all the time.

Thank you so much for reading this article. Obviously, a volleyball player has to be mentally tough. Practise our mental toughness drills for volleyball on a regular basis and success will not keep you waiting for a long time. Sooner or later, you’ll be able to learn how to control your mind. Best of luck!