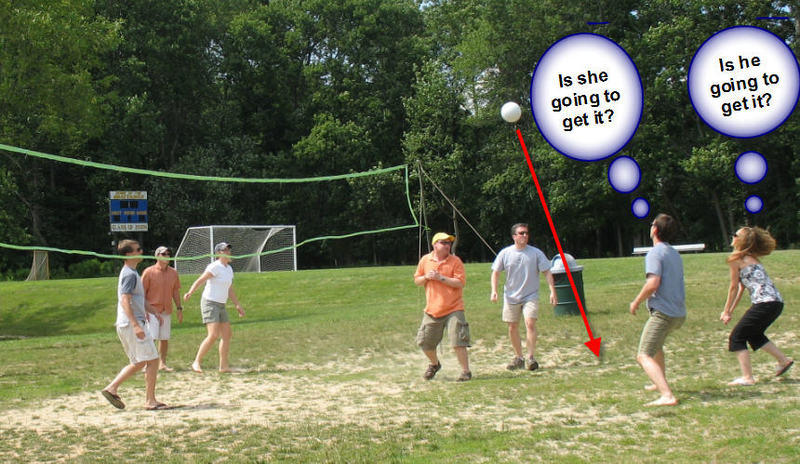 Every volleyball athlete has experienced that moment on the court where a ball drops in the middle of two people and they just look at each other. Then we wonder why it happened in the first place. It’s not like anyone wanted to lose the point, so why did we lose a point off of something as simple as a free ball landing in between players. The answer is simple. A lack of communication. Communicating helps everything on the court run smoothly, so why don’t we communicate enough? When someone calls a ball, everyone should back off. They are expecting to play the ball, but when no one calls it, suddenly a free ball becomes an out of system play or a point for the other team and that certainly wasn’t their intention. So what really is communication in volleyball? 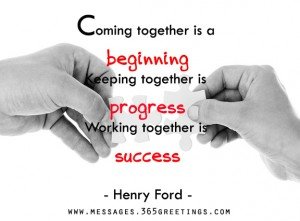 “Communication works for those that work at it” -John Powell

Show your teammates that YOU want the ball. If you are in a better position to play a ball, or the ball is near you and nobody is calling it, you call it and you go for it! If you are going to call the ball, call it as early as possible. You need to allow your team enough time to set up for the play. Also, remember that if you call the ball, you HAVE to go for it. Even if you misjudged it, you still go for it, because your entire team is thinking _oh you’re going to get it, so I should move out of the way and get into my position. _The only exception to this rule is if you call the ball, but you misjudged where it was going, but someone else closer to it calls you off.

If you are passing, let the setter know so that they can put themselves in a good position to set their hitters. If you are hitting, make sure that your setter known where you are. Call for the sets, but don’t just say “ Ya, ya, ya, here”. The setter needs more than that. Tell them if you want a higher or a lower set, tighter to the net or looser, more inside or more outside etc. That will help the setter to identify not only where their hitters are but how they should set their hitters to maximize their swing. Being a setter, I know how difficult it is when hitters don’t call for the set, but that is how some passers feel when we don’t call for the pass. They have no idea if we are in the right spot or not, or how we want our pass. So calling for the pass takes away a lot of stress of giving a good pass, because now the passer knows where you are and if you want the pass a certain way. So the next time a hitter doesn’t call for the set, think about if YOU, as a setter, called for the pass.

Communication should be constant, on or off the court. If you are on the court, there is always something to be communicating about. You can help identify where the ball is going or even talk about what is going on with the other team. If you notice what the other team is setting up for, tell your team. Watch the opposing setter’s hands to help your team. Whether you see a dump coming or if the setter sets one hitter often, you can communicate with your team so that they can move faster to get into the right spot. Even the littlest things can help your team out, which is why it is important to talk constantly on the court. Also, the talking shouldn’t be meaningless. Yes, it is good to constantly be talking, but it is only useful if it actually helps your team. Saying things like “I thought you had it!” Isn’t only meaningless, but it is also very disrespectful. Make sure that your communication is POSITIVE and useful to your team. 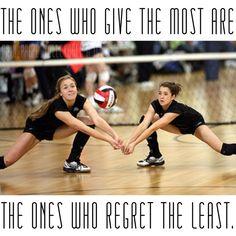 Communicating is a HUGE part of serve receive. Suddenly, the easiest serve to pass comes flying over, and ends up scoring an ace. Why? Because people don’t talk! One way to communicate effectively is to call your seam. If you don’t know what seam is, they are gaps between players. On serve receive, you have passers in the back row. So if the server on the opposite team is right handed, and are on your left. You would say ‘left seams’ and that means that the area on the left side of your body is your area as well as the area in front of you. If the server is on your right then you would say ‘right seam’ and cover that area and vice versus with a left handed server. We do this because is someone on the other team is on the left side, it is easier for you to pass the ball in the left seam than it is for the person next to you. Make the decision of who has which seam before the server tosses the ball up. It is really easy to call seams, and gets rid of a lot of confusion as to who’s ball it was. But if you call your seam, don’t hesitate to get any ball in the seam you called.

Also, call your lines. When a player receives a ball, they do not have the time to look down at the lines, which is why they rely on their teams to look and communicate. If you are not passing, call out to help the people who are. Call the ball in and/or out for them.. It can be really frustrating when you receive a ball that was going out and were not told by your teammates. So be a good teammate and call those lines to try to help your team whenever you can. 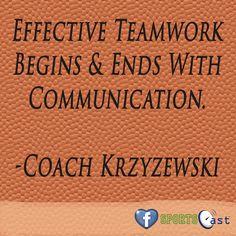 Defense is tough to communicate on, but not impossible. As you are setting up for defense, tell the digger next to you “Remember to stagger that way if the ball goes in the seam we can both go for it”. I know that when I am passing in the back row, I always try to stagger myself, because if there is a good seam shot, my teammate and I can both try to save the ball without colliding and we have a better chance of digging the ball up. Same with blocking. Tell your teammate “Hey remember to close the block” because that will leave less room for error. If you close the block then diggers can get to the right position and not have to worry about whether or not they should be covering a different area. Even just telling your teammates, “ Make sure your ready and stay nice and low” will help a lot. The more communication, the better, because that means that everyone should know what they are doing, and what is going on with the other side.

Talking on the court is very important, but talking off the court is just as important. Cheering is a great way to communicate to your teammates. Let them know that they did something well, or that it’s ok that they made a mistake. I have been in quite a few games where I was on the court, and I could barely hear the bench cheering. The players need the bench so much. It helps lighten the mood of the game and help the players just have a little more fun with it. I know that when I hear the bench cheering for us when we are winning feels great, but having the bench cheering for us when we are losing is even better. If we are losing, by a lot of points or just 1, often players think that it isn’t appropriate to cheer anymore. If anything, the players on the court need your cheering more than they did when they were winning. Even if they didn’t win the point, you can cheer just as much as you did when they won. Good rallies, or a nice dig, or an awesome hit, or a beautiful set are all things to be cheered for. Cheering doesn’t mean celebrating when we won the point, it means supporting your team and pointing out the good in every play, good or bad.

How do you accept communication from your team? Often overlooked when talking about team sports is when a teammate gives advice, what do you do? You can give advice like “remember, stay low” to your team but you don’t know if they retained any of what you said. How you receive information is important because if your teammates are saying something, it is most likely important, and you should listen and determine whether you are going to change something or not. You should always try to receive information with a positive attitude. If your teammates or even coaches give you some advice, try to keep an open-mind about it instead of doing what a lot of people do (including myself sometimes) and getting defensive. Remember that your teammates and coaches are just trying to help you learn and get better, also keep in mind that they are learning and getting better as well. No one is expected to have all of the answers, so just stay positive and take in any and all important advice they may have for you.

Communication is a very big part of volleyball, and can help with certain plays, or particular rallies, but it isn’t just technical. So then what is communication? It is helping your team, it is taking charge, it is helping to save the ball or win the point, but most of all, communication is teamwork. 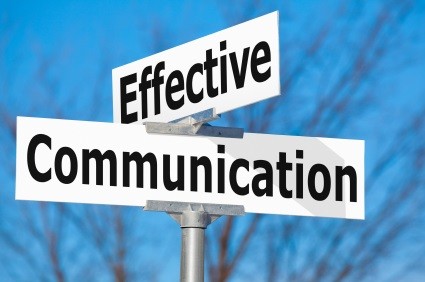 Is Volleyball the Right Sport for My Child?