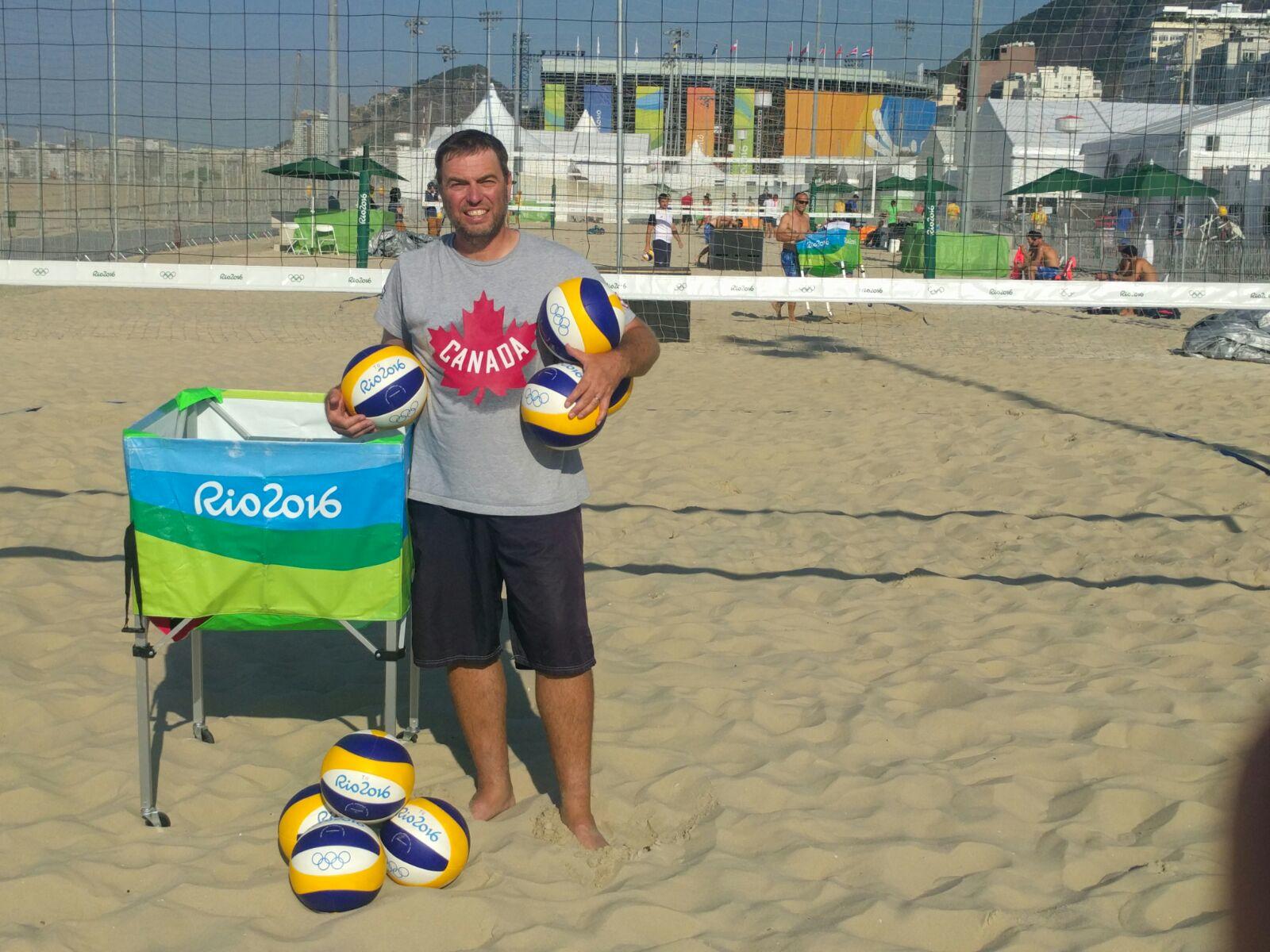 That, in essence, is what members of the Mississauga Pakmen Volleyball Club will be treated to this summer at the club’s Elite Beach Training program.

While Krapp has participated in the program since 2013, he will now oversee the 12-18 year-old girls and boys groups beginning May 29 and running through August 14, with the knowledgeable assistance of Jessy Satti, Niko Rukavina, Kadeem Clarke and Aleks Mamuzic.

Along with his vast experience as a player and coach, Krapp will draw on his Sports Science and Psychology degrees from the well regarded Christian-Albrechts University of Kiel, which has produced no fewer than 10 Nobel prize winners, to better prepare and motivate the club’s youngsters to improved results on the beach.

“Lennard is one of the top beach volleyball coaches around, period,” exclaimed Pakmen president Kelly Smith clearly demonstrating his delight in procuring the services of the world renowned coach for both the club’s boys and girls. “He built a powerhouse in Germany and has sent Canadians to the last two Olympic Games.”

“When Lennard comes in to coach, we are genuinely excited to see him,” added Satti. “He is extremely knowledgeable about the sport. His record is unmatched and he is the most sought out coach around.”

Satti adds Krapp is equally adept at coaching players of varying abilities from Olympians to novices.

“I’ve worked with Lennard for a few years now and he does a great job working with kids of all ages and skill levels,” Satti explained. “He knows when to be patient with beginners and when to expect more from experienced athletes. He understands the kids really well and I feel that’s why he’s had a ton of success, not only at the Olympic level, but at the youth development level as well.”

“It must be his experience,” said Satti. “He’s been coaching for so long, I feel like he’s found his own way to deal with athletes of all skill levels.

Those words can be backed up by results. Players training under Krapp have acrued over 50 medals on the world stage in the past 33 years.

Krapp’s illustrious career began with his involvement with the Bundesliga from 1984-2000, followed by being put in charge of identifying Germany’s up-and-coming stars through national training centres and boarding schools that he started. That group of young stars who Krapp coached, included eventual 2012 Olympic gold medalists Julius Brink and Jonas Reckermann, as well as 2016 Olympic gold medalist Laura Ludwig.

Krapp’s successes continued with his hiring by Volleyball Canada to head up the Beach National Team, which has led to a number of strong international performances, including gold for Garrett May and Sam Schachter at the U21 World Championships.

“Lennard is a technical genius,” asserts Canadian team member Dearing. “He coached me from 2008-2011. And again as a personal coach in 2013.

“He studies and understands the game extremely well (as evidenced by) being a previous coach to the German Men’s Beach Team that took gold at the 2012 London Olympics.”

And now Krapp, who was born to Canadians in Hamburg, is poised to elevate the Pakmen program, which began in 2003 and has routinely produced Provincial and National beach champions, even higher.

An A-level certified indoor and outdoor volleyball coach, the highest German certification level there is, Krapp offers a special insight to the game, few coaches in Canada can.

“Germany’s volleyball is highly competitive,” explains Krapp, “because they have a professional indoor league and a professional national beach tour.

“Indoor and beach have multiple national team centres for juniors and seniors. This makes a seamless development of talents that are on the Olympic pathway possible.”

Those are some of the reasons Volleyball Canada approached Krapp in 2009. 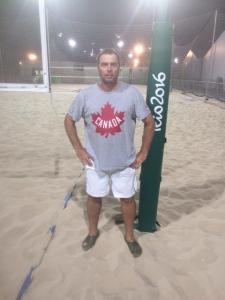 Those who learn from him, whether in York, or with the Pakmen, procure a level of expertise in the sport few are ever privy to.

“All practice methods I apply are based on scientific evidence. I can draw from studies that analyze the structure of the game at every developmental level.

“For example I am applying the ‘differential motor learning method’ when teaching skills like setting or spiking.

“I have been involved in extensive studies, including my own masters thesis, that analyzed the structure of the game. We have analyzed Olympics, World championships, National championships, as well as Youth and Junior competitions. Knowing how often and with which efficiency certain skills and tactics are utilized at a Youth, Junior, or adult competition, one can prepare the athlete for the next level.

“A coach can then exactly know what an individual athlete needs to work on to take it to the next level. Having had the opportunity of working with so many talents in the past, my drill bank focuses on the most efficient drills.”

Phillip Rodrigues, who has been with the club for a number of years, explained the major advantage Krapp has at the position of a teacher.

“He has a very scientific approach to coaching,” says Rodrigues. “This enables him to rapidly and clearly point out any inefficiencies an athlete might have in his or her game. Not only is he a top beach coach, but his knowledge of the indoor game is just as strong, as he coached in a top European professional league and worked for several indoor Bundesliga Clubs in Germany. He was also a learning facilitator for coach development in Germany (indoor and beach).”

Krapp combines the many aspects of his education and experience in his coaching and teaching styles, combining both the mechanics of the game and the psychology of the sport.

“Every one of these aspects has its time in a practice unit. I usually start with skill work, then focus on individual tactics and team tactics. The mental part of the game is so important, because a beach volleyball athlete cannot hide or be subbed out. Your opponent can force you to play in your weaknesses. We usually end the practice with a competitive game, giving athletes the opportunity to implement what they’ve learned into game play.”

Krapp has enjoyed his involvement with Olympic athletes, but finds teaching members of the Pakmen club has been a real treat due to the youngsters’ focus and eagerness to learn.

“Pakmen athletes are highly motivated and hard working athletes, just like Olympians are,” explained Krapp. “Working with both can be very rewarding. Developmental athletes can have steep learning curves and Pakmen athletes have already demonstrated this in the past. It was exciting to see how some of the development athletes I used to coach in Germany moved on to winning Olympic gold medals in London 2012 and Rio 2016.”

And now, Krapp has the opportunity to work with the club’s girls as well.

“There are slight differences (in the boys’ and girls’ game). For example longer rallies for girls, more roll shots, more digs and less hand setting or blocks. I like working with both, boys and girls. My involvement is based on Kelly’s decisions and where he needs me.”

Krapp, whose wife Ulrike is a star player and coach in her own right, will work with the girls once a week and the boys once a week. He will also run the Friday training program.

EXPERIENCE THE NEW PREMIER VOLLEYBALL LEAGUE THIS SUMMER IN TORONTO