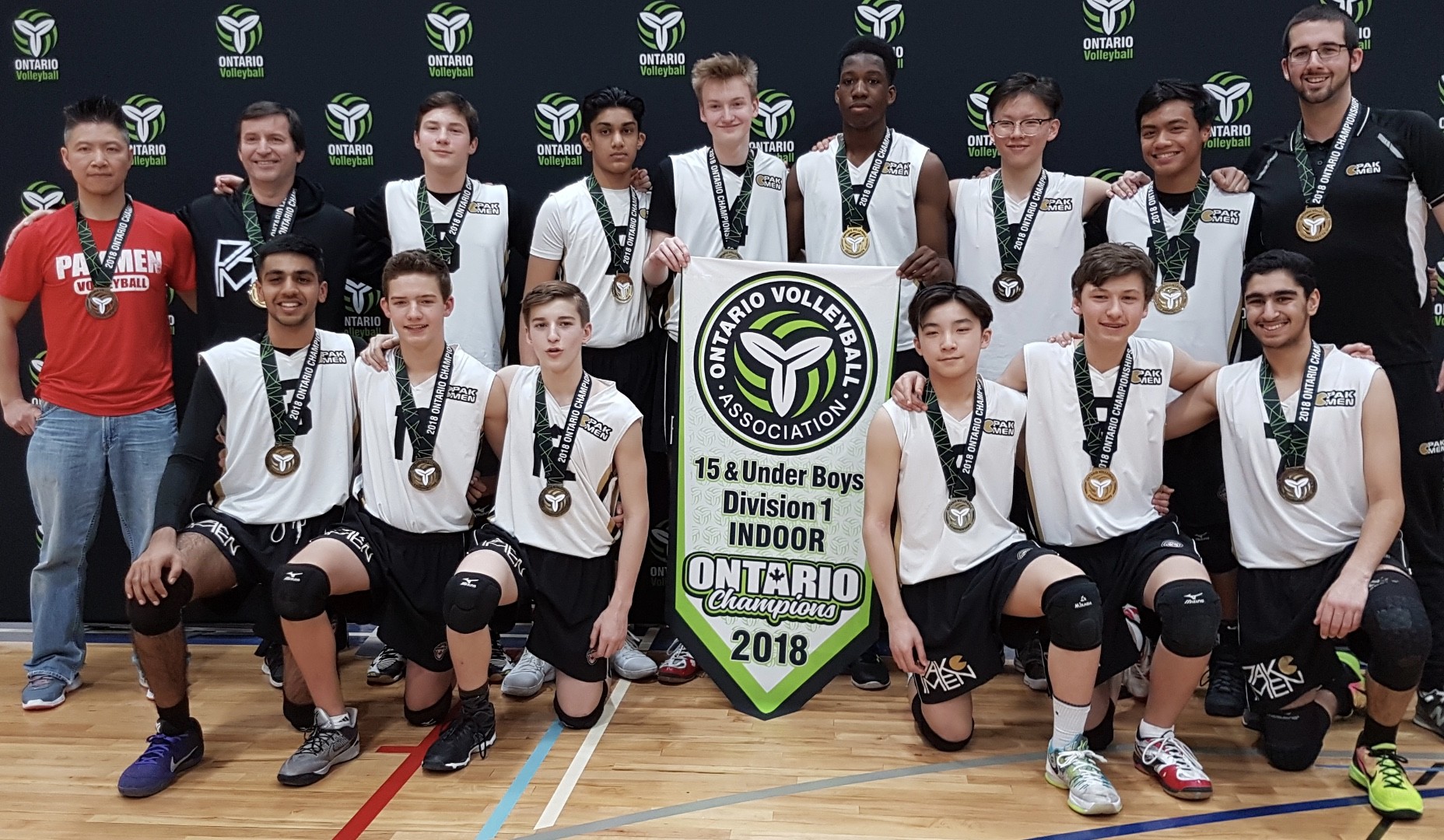 (Waterloo) On April 21st Pakmen 15U Gold won the Tier 1 Ontario Championships. They went undefeated the entire weekend finishing with an overall 9-0 record. 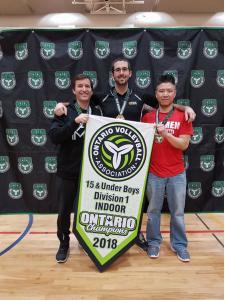 Head coach Aleks Mamuzic commented, “I was really proud of the boys and how they played. It was nice to see them peak at the right time, they played their best volleyball in the finals”

Pakmen 15U Black had a great tournament as well, finishing with a Tier 1 Bronze medal. They finished the weekend with an 8-1 record.

A special mention goes out to the Pakmen 15U Red team who finished with a D1T3 Silver Medal.