Light is Finally Shed on Myth of ‘Talent’ 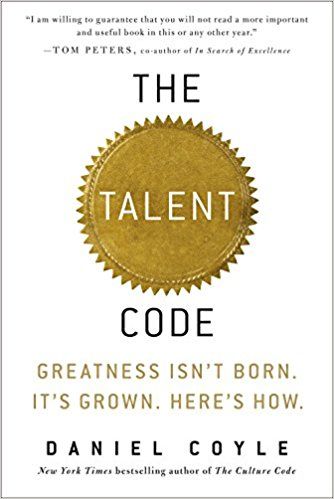 Volleyball has become a first choice for many young children. But many get frustrated if they do not see a sudden growth in their skill; when they see their peers spiking and diving, when they can barely bump, they quickly get discouraged. They see themselves as less talented, as if volleyball was never meant for them.

This assumption is completely false. Anyone can become great, but only with deep practice. There is no talent involved: only blood, sweat, and other bodily fluids. Malcolm Gladwell – an acclaimed author, speaker, and coumnist for The New Yorker- uses science and psychology to prove this in his book The Talent Code. It is a fabulous book, which shows -clearly and concisely- that there is no talent. The book explains that only practice can help you achieve greatness. This is explained in three sections: Any skill can be hardwired into your body with greater development of myelin in the brain; Myelin can only be grown with deep practice; Practice should be chunked into the smallest possible bits.

We often hear about the magic of practice. Never are we actually told what makes practice so valuable. The secret lies in myelin: a white, fatty chemical which coats the axons in our brain. Whenever we perform an action, be it spiking, jumping, or yelling, electrons are fired, sending an electrical signal to the neurons in our body, which then reach our brain. Every action and thought has a specific pattern in which the neurons are triggered. To get to every neuron, the electrons have to cross a significant distance. Axons are used to bridge this gap, acting as a viaduct, a pathway between neurons. These axons are plastered with myelin, which not only protects and insulates the axon, but also-depending on the size of the layer- determines how fast and accurately electrons can travel from one neuron to the next. Therefore, the size of the myelin layer affects how well you can perform the action. Repeated practice increases the amount of myelin produced in the axons. When you first start playing volleyball, you can barely bump a ball a couple of feet. Fast-forward two years, and you can now unleash devastating spikes. These actions have become hardwired into your brain after deep practice.

Deep practice stems from three things: Repetition, making mistakes, then correcting those mistakes. Myelin is a tissue, which means that it needs to be exercised to grow and stay healthy. The more you use the specific set of axons, the bigger the layer of myelin gets. Basically, practice makes perfect. After some time, you will find your myelin growth to slow down. Let’s say you’ve only been practicing bumping. After a few months, you’ll notice no change at all. Now, you must search for a deeper form of practice. This means practicing something you’re not good at (i.e. spiking or serving). You’ll make mistakes (your serves will go into the net, and your spikes will lack power), but going back and correcting these errors allow new sets of neurons to ignite. This strengthens the myelin around these axons, allowing you to improve. After a few years of deep practice, you will be an excellent volleyball player. As long as you practice correctly.

It is easiest to catch mistakes when you break down practice into the smallest possible chunks. For example, divide bumping into the leg movement, arm positioning, and finally contact. Practicing these skills individually, correcting each part until it is perfect. At the end, your bumps will be impeccable. Then continue this with serves, volleys, and spikes. This program takes a lot of time and effort, but is the only way to master volleyball. You can learn about a more detailed approcah in The Talent Code.

The Talent Code is a wonderfully written book, which provides the scientific explanation as to why there is no talent. Everything boils down to practice. It explains neurology in simple and concise terms, while still capturing the whole idea. It provides an answer to your failures, and is a guiding light. It explains the correct technique of practice and details the steps toward mastery. It is a wonderful read, and is the perfect book for parents, teachers, coaches, or anyone looking for the key to success. You will not find a more scientific, yet engaging treatise on the myth of talent, and the secret to success. It is a book which will change your life.

Exciting News for Pakmen Plus players!