The Role of Communication in Volleyball 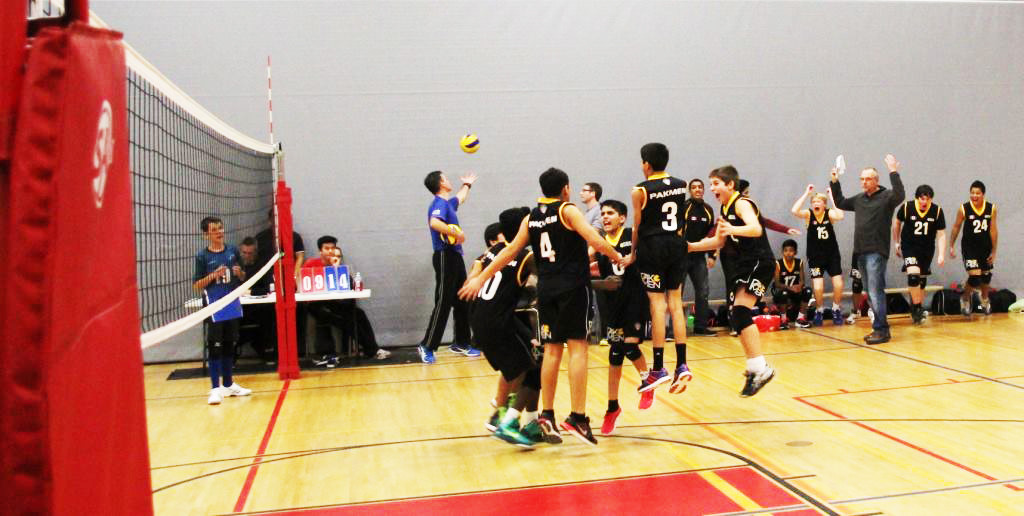 Communication is a key ingredient for the successful volleyball game. Obviously, volleyball players should understand each other during the match. The reality is volleyball teams often fail to complete an attack hit or resist an attack due to a lack of communication.

Volleyball Players Should Understand Who Will Hit the Ball

Oftentimes, things go wrong when two players of the volleyball team are trying to hit the ball. Due to a lack of communication they can stop and finally miss an excellent opportunity to complete an attack hit.

Obviously, volleyball players should do their best to prevent such situations from happening. Let’s imagine that you are going to hit the ball. In this case, you should definitely shout loudly either “Mine” or “I got it”. By doing this, you will be able to prevent any kind of misunderstanding with other players. Other members of your volleyball team will see that you are going to have the ball and finally they will allow you to carry out an attack hit.

Would you like to indicate who is going to hit the ball during the game? If so, it’s a good idea to call player’s name during the game. It goes without saying that players should discuss the rules of communication during the game ahead of time.

Remember, good communication is critical for achieving successful results in the sport of volleyball. There is no doubt that a good play shouldn’t go unnoticed!

Of course, both coaches and players should always encourage a good play during the game. This helps athletes stay motivated and demonstrate even better results in the future.

On the other hand, if a player fails to do something then other members of the team as well as a coach have to support him/her. The support will definitely help such players get the confidence that allows them to go through difficulties and avoid making mistakes. Obviously, any kind of negative criticism should be avoided.

Using “Free”, “Short” and “Back” Terms in Volleyball Communication

“Free” and “short” are two commonly used terms in the sport of volleyball. Now, we’ll explain what both these terms mean for players and how to use them in volleyball communication.

“Short” is another popular term in the sport of volleyball. Actually, it’s used by volleyball players to indicate so called short serve.

It’s no surprise that when short serve is performed the ball usually doesn’t go to back row players. That means that those volleyball players who are standing in the back row of the court must be ready to move up and change their positions accordingly.

On the other hand, the serve can be long. That means that it can be necessary for some volleyball players to move back quickly. So, if a player feels that the serve is going to be long then he/she has to call “Back” loudly as soon as possible.

Some players may find it difficult to figure out whether the serve is going to be short or long. That’s why it’s a great idea to watch servers carefully. Over time, you’ll be able to figure out if you are dealing with “short server” or “long” server. As a result, you’ll manage to predict the situation easily.

Inform Your Coach When You are Tired or Injured

You may get tired due to dehydration during the game. You may also get injured while playing volleyball. Unfortunately, these kinds of things can happen with every volleyball player any time. No matter whether you are tired or injured this will negatively affect your team’s play. Needless to say that you’ll feel discomfort if your muscles are injured. However, the things will probably get even worse if you continue to play with an injury. Of course, you need to prevent this from happening. The best thing that you can do in this situation is to go out and have a rest as soon as possible. Use a special gesture to let a coach know that you need a substitute.

As you can see, there are many examples when communication can help volleyball players improve their performance on the court. In fact, it’s hard to imagine the sport of volleyball without communication. You need to know that good communication is essential for volleyball and many other sports.

A lot of volleyball coaches focus their efforts on drills and practices. However, they often neglect the communication. Of course, it’s a big mistake. It’s worth noting that volleyball coaches have to pay a close attention to communication as well. Obviously, coaches have to communicate with their players on a regular basis. It’s crucial for volleyball players and coaches to have talks regularly and discuss what goals have been accomplished and what needs to be improved in the foreseeable future.

Tips for Improving Communication Between the Players in Volleyball Sport

First of all, a coach and players have to develop a system for communicating with each other during the game of volleyball. It’s crucial for players to know terms what should be used in each particular situation. In addition, volleyball players have to practice special volleyball drills which are designed to improve communication between players.

There is the evidence that doing so called hitting drill (that mixes hitting and talking) helps improve the communication between volleyball players dramatically. On the other hand, doing this drill has a huge positive impact on ball control. When doing this volleyball drill athletes have to hit the ball and count how many times they have contacted the ball.

Before to start doing the drill it’s a good idea for players to form a so called triangle. The triangle can be formed on each side of the volleyball court. A triangle should consist of such volleyball players as setter, outside hitter as well as middle back player. A team’s coach is involved in the drill as well.

There is another good volleyball drill for improving communication between volleyball players. It’s known as “popcorn drill”. Three players and coach are required for “popcorn drill”. At the beginning of the drill three players have to lay down on the court and the coach has to stand between players. Now, it’s time for the coach to bounce the ball. Once the ball touches the floor volleyball players have to stand up and try to figure out quickly where the ball is. If a player feels that he/she can make a pass then he/she has to call either “Mine” or “I got it” loudly.